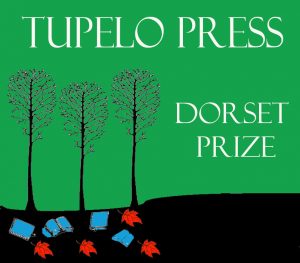 Winner:  Maggie Smith for The Well Speaks of Its Own Poison

Tupelo Press is delighted to announce that Kimiko Hahn has selected Maggie Smith’s The Well Speaks of Its Own Poison as winner of the 2012 Dorset Prize.

Born in Columbus, Ohio, in 1977, Maggie Smith is the author of Lamp of the Body (Red Hen Press), winner of the Benjamin Saltman Poetry Award, and two prizewinning chapbooks, Nesting Dolls (Pudding House) and The List of Dangers (Kent State University Press). Smith’s poems have appeared in The Paris Review, The Gettysburg Review, Shenandoah, The Iowa Review, The Southern Review, Court Green, and many other journals. Her work has also been included in anthologies such as From the Other World: Poems in Memory of James Wright, The Year’s Best Fantasy & Horror 2008, Apocalypse Now: Poems and Prose from the End of Days, and The Helen Burns Poetry Anthology: New Voices from the Academy of American Poets University & College Prizes, Volume 9. With a B.A. from Ohio Wesleyan University and an M.F.A. from The Ohio State University, Smith has taught creative writing as the Emerging Writer Lecturer at Gettysburg College and has blogged for The Kenyon Review. A 2011 recipient of a Creative Writing Fellowship from the National Endowment for the Arts, Smith has also received three Individual Excellence Awards from the Ohio Arts Council, two Academy of American Poets Prizes, and a fellowship from the Virginia Center for the Creative Arts. She lives with her husband and two children in Bexley, Ohio, where she works as a freelance writer and editor.

Lillian-Yvonne Bertram of Salt Lake City, Utah for a slice of the cake made of air
Doug Ramspeck of Lima, Ohio for Original Bodies

Margo Berdeshevsky of Paris, France for The Breaking Book
Kara Candito of Madison, Wisconsin for Spectator
Lisa Fay Coutley of Salt Lake City, Utah for Errata
Chiyuma Elliott of Oakland, California for Still Life with Game, Champagne, and Vegetables
Rebecca Foust of Ross, California for Otherwise, Everything Was Brilliant
Julie Hanson of Cedar Rapids, Iowa for Charmed in What Regard?
Janine Joseph of Houston, Texas for Extended Stay
George Kalamaras of Fort Wayne, Indiana for Scraps of Said
Amy McCann of Minneapolis, Minnesota for Yes Thorn
Dan Murphy of Los Angeles, California for The Book of False Rhyme
Carol Potter of Corinth, Vermont for Packed in Dozens
Mark Rice of San Francisco, California for Covering
Juliet Rodeman of Columbia, Missouri for The Voice of That Singing
Helen Klein Ross of New York, New York for Days of the Saints
Molly Tennenbaum of Seattle, Washington for Mytheria
Julie Marie Wade of Dania Beach, Florida for D R I F T
Liz Waldner of Lowell, Arkansas for The Size of Her Namelessness
Sharon Wang of Queens, New York for Practice in the Shadow Room
Jonathan Weinert of Concord, Massachusetts for Replacement Heaven
Sarah Wetzel of New York, New York for A River Says Run
Congratulations to all, and our deep appreciation to the many, many poets who sent us so much terrific work, and also, of course and especially, to Kimiko Hahn. 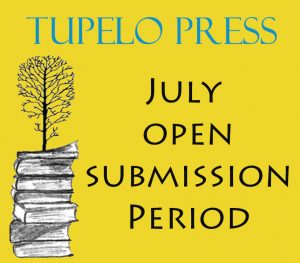 Winners:   The Book of Stones and Angels by Harold Schweizer and the good dark by Annie Guthrie

Tupelo Press is proud and honored to select the following two manuscripts for publication from among those submitted during our July Open Reading Period: The Book of Stones and Angels by Harold Schweizer of Lewisburg, Pennsylvania, and the good dark by Annie Guthrie of Tucson, Arizona.

Harold Schweizer, (Ph.D. Zurich), is a poet, essayist and teacher. From 2006-2011 he held the John P. Crozer Chair in English at Bucknell University in Lewisburg, Pennsylvania, where he teaches courses in modern poetry, literary theory, holocaust studies, representations of suffering, and the comparative humanities. He has published poems in American Poetry Review, New Orleans Review,and Cincinnati Review, and more poems are forthcoming in Poetry International, diode, and Pleiades.

The Book of Stones and Angels — Schweizer’s first book of poetry — is achingly beautiful and sad in its Rilkean harmonies. There’s the unmistakable aura of Stevens about it, but Schweizer&rsqo;s personal stamp is wholly earned, original, and compelling. The intelligence in these poems is so very awake and observant, yet their stanzas reach fully into the muscles of the heart. I’m reminded again of what Paul Klee writes in his Diaries, “One eye sees, the other feels.”— Jeffrey Levine, Tupelo Press Editor-in-Chief

Annie Guthrie, (M.F.A. Warren Wilson Program for Writers) who lives in Tucson, Arizona, is a writer, teacher, and jeweler. She teaches at, and is the Marketing Director of, the University of Arizona Poetry Center. She has published in Tarpaulin Sky, Ploughshares, Fairy Tale Review, Many Mountains Moving, H_NGM_N, The Destroyer, RealPoetik, Everyday Genius, Omniverse, The Volta, Spiral Orb, The Dictionary Project, 1913: A Journal of Forms, Drunken Boat, and elsewhere.

the good dark — Guthrie’s first book of poetry — is as spare on the page as Schweizer’s work is generous, but one has everywhere the feeling of needing every square inch of white space. This is poetry that wells up from deep within the unconscious, where each line claims a life of its own, and all weave together into a sustained sense of “here I am.” There are faint tremors of Gertrude Stein, but the work is entirely new. — Jeffrey Levine, Tupelo Press Editor-in-Chief

Although the July Open Reading Period at Tupelo Press is not a contest and therefore we don’t specify “finalists” or “semi-finalists,” we do want to single out those manuscripts that we felt deserving of special mention — the ones we had on the desk as the final decisions were made, which we’ll call “Honorable Mentions” and “Other Remarkable Work.”

Finally, please know that there were so many memorable and vibrant manuscripts that stake a serious claim of entitlement to publication, and so many, many manuscripts that had brilliant parts and pieces, yet hadn’t yet “jelled” as a book. We hope to see all of this work again. The Dorset Prize is on now. It’s read anonymously, and this year by an entirely new slate of terrific poets (see our upcoming announcement for what we hope you’ll agree is a stellar list).

Congratulations to all, and thank you to all the poets who sent us their work. We appreciate your participation and continued support!