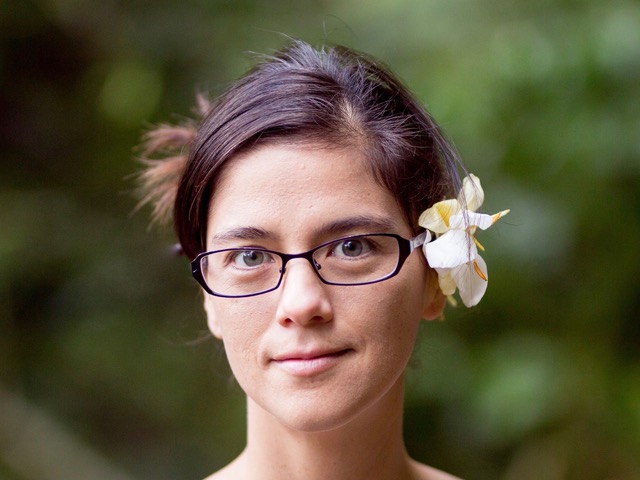 Tupelo Press is delighted to announce that Carl Phillips has selected as winner of the 2018 Berkshire Prize:

From the Judge’s Citation by Carl Phillips:

Ashore is an elegant, incisive, and formally restive meditation, a meditation-born of juxtaposition-on life’s incongruencies: the myth of O’ahu as an “island/that sleeps on the ocean floor, a great mountain/rising to break the surface” beside the island’s capitalist reality of “the stretch of sidewalk/from Kam Shopping Center to the Nu’uanu McDonalds,” all of this beside yet another reality, namely, the island’s sheer natural beauty. The poems here pitch place against placelessness, family against estrangement, island life against the so-called mainland of the United States. They consider how race — being of mixed race, in particular — both contains and enacts all of these conundrums, how race itself is a conundrum, just as colonization is — colonization as old as nature itself apparently, given how “Moss has colonized the road/in green islands.” I admire the attention of these poems, as I admire throughout the collection a steady note of joy that seems all the more persuasive because the poems don’t flinch from what is joyless — where would one be, they ask, without the other? 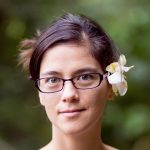 Laurel Nakanishi was born and raised on the island of O’ahu, Hawai’i. Through her work as a writer and educator, she has lived in Montana, Nicaragua, and Japan. She has been fortunate to receive grants from the Fulbright Foundation, Japan-US Friendship Commission/National Endowment for the Arts, and Wrolstad Foundation. Her poetry and essays have appeared in national literary magazines and a prize-winning chapbook, Mānoa|Makai. Laurel received her MFA in poetry from the University of Montana and her MFA in creative non-fiction from Florida International University. She lives with her family in Honolulu, Hawai’i.

Chelsea Dingman, Through a Small Ghost

We’d like to thank so very appreciatively our extraordinary final judge, Carl Phillips. And no less important, we offer our deep gratitude to all who submitted manuscripts, and who, by your writing, join in the tireless, solitary, and so-important work of making poetry.

Keep in mind that our July Open Reading Period is open till the end of the month.