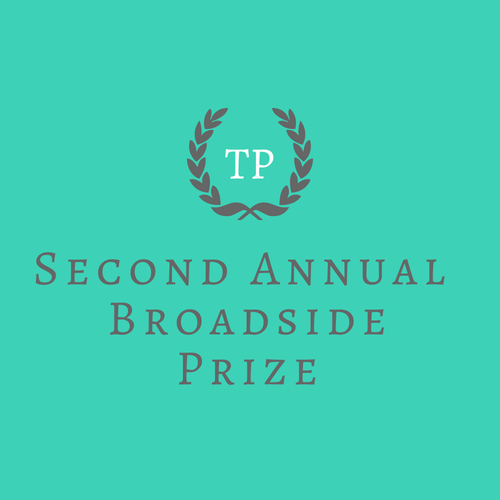 The editors of Tupelo Press are pleased to announce that final judge Kevin Prufer has selected as winners of the Second Annual Tupelo Broadside Prize:

On “Revival at Diana Church of Christ”: This is such a rich, melodic poem, the speaker’s ability to create a sense of anxiety and place so self-assured and complete.  A church revival on a hot day  becomes the site of a complex meditation on a version of the divine and on fear, the two themes coming together until “before us, His white throne, / incandescent, like a molten law judging us, / until our prayers were singed in flame.”  A wholly successful, if disconcerting, poem.

On “Flagstones”:  Here, the speaker recounts the seemingly simple task of setting flagstones in a yard, kneeling on the ground with a trowel in hand, sliding the trowel “under the sod that spreads like a shroud // across the face of each segmented slab of stone.”   But this simple action becomes a complex meditation prayer, on our connection to the earth, and on the speaker’s own sense of self.  “My knees sink into the grass,” the poet writes, “the heat of the afternoon shimmers / into the air the earth and I are spinning in space // and I am wondering who is kneeling here.”  A stunning poem.

On “God as Reflexive Pronoun”: I admire the high-wire act of this poem, the way one stanza perfectly mirrors the other, the way punctuation itself becomes vital in its playful manipulations by the poet.  This is a clever poem, but that doesn’t mean it’s not also a serious meditation on the nature of God, on the location of multitudes within the a singular identity, the speaker “barely able to contain ourselves within myself,” who ultimately becomes a “vessel in the shining condensation.”

Diana Adams – “Lodestar”
Leslie Harrison – “And these are the ways we talk to each other”
R.J. Lambert – “Continuous Burlesk” & “Hayden loved to climb to the summit on one of the barren hills flanking the river, & stand there while the wind blew”
Theresa D. Smith – “Nocturne in White”
Julie Marie Wade – “Avail” 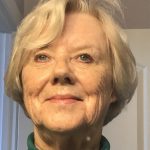 Jacquelyn Malone’s work has appeared in Poetry, Beloit Poetry Journal, Cortland Review, Poetry Northwest, and Ibbettson Street as well as other publications. Two of her poems have been nominated for the Pushcart Prize. One was featured on the website Poetry Daily. Her chapbook All Waters Run to Lethe was published by Finishing Line Press. She was a former editor of www.masspoetry.org. 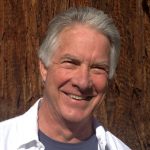 Steve McDonald has published two full-length books of poetry: Credo (finalist in 2016 Brick Road Poetry Press competition) and House of Mirrors (Tebot Bach, 2013). He has also published two chapbooks: Golden Fish / Dark Pond (winner of the 2014 Comstock Review Chapbook contest) and Where There Was No Pattern (Finishing Line Press, 2007). Individual poems have won awards from Tiferet, Nimrod, Beyond Baroque, Passager, Sow’s Ear, and others, including Best New Poets 2010. His poetry has appeared in Boulevard, Nimrod, The Atlanta Review, RATTLE, The Crab Creek Review, The Paterson Literary Review, Spillway, and elsewhere. He lives with his wife, Marlyle, in Murrieta, California. 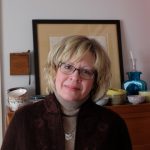 Susan O’Dell Underwood is the author of two chapbooks of poetry–From and Love and Other Hungers–and the collection The Book of Awe (Iris Press). Her poems have appeared in numerous publications, including The Southern Poetry Anthology, Oxford American, Crab Orchard Review, and Tar River Poetry. She holds an MFA in Creative Writing from the University of North Carolina at Greensboro and a PhD from Florida State University. She is the director of the creative writing program at Carson-Newman University and runs Sapling Grove Press with her husband, artist David Underwood.

Congratulations to the winners and finalists, and our thanks to Kevin Prufer and the extraordinary panel of preliminary readers. Finally, and no less important, we offer our deep gratitude to all who submitted manuscripts, and who, by your writing, join in the tireless, solitary, and so-important work of making poetry.