We asked former Dorset Prize Winners to share their tips on “Making Your Dorset Manuscript.” Here, Thomas Centolella, 2015 Dorset Prize Winner and author of “Almost Human” (Tupelo Press, 2017), shares his advice on moving beyond the self to make long-lasting art:

Leave something in the world
for which the world will be grateful
long after you have left it.

One way of doing that is to take to heart what William Stafford said in his poem “Vocation:”

“Your job is to find what the world is trying to be.”

Not merely what you are trying to be, but the world itself. Which requires a vision beyond the insular, the self-serving, the parochial—what Fitzgerald called the “merely personal.” 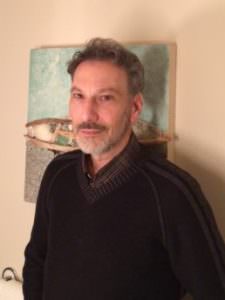 Thomas Centolella is the author of four books of poetry: Terra Firma (Copper Canyon, 1990), Lights & Mysteries (Copper Canyon, 1995), Views from along the Middle Way (Copper Canyon, 2002), and Almost Human (Tupelo, 2017). He has received the Lannan Literary Award, the American Book Award, the California Book Award, the Northern California Book Award, and was selected for publication in the National Poetry Series (selected by Denise Levertov). He is a former Wallace Stegner Fellow in poetry at Stanford University, and his work has appeared in many periodicals and anthologies and on Garrison Keillor’s The Writer’s Almanac. Centolella lives in the San Francisco Bay Area, where he has taught creative writing for many years.

There are only nine days left to submit your poetry manuscript to the Dorset Prize. Final judge this year is Mary Jo Bang.

Learn more about or submit to the Dorset Prize here!