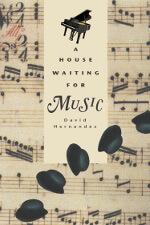 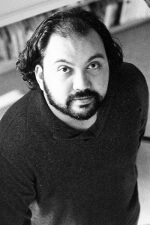 A House Waiting for Music

Tupelo Press is a recent addition to the small press family. It started in 1999 and began its first poetry chapbook competition in 2000. Mr. Hernandez’s chapbook so impressed the judge in the chapbook contest, the press published his full-length manuscript instead. What a rare occurrence and a win-win situation for both press and author. However, the real winner is the reader.

These poems whacked me in the head as no other book has in some time. This book is written by a poet who has learned his craft well and has something to say – a novelty in the poetry world today. He sticks to writing poetry, not impressing us. Egoism is absent as he writes about our lives, not just his life. His no-nonsense and down-to-earth style is refreshing. He approaches the poems with a sincere and calculated concentration. Poems are not thrown onto the page, but rather their forms are considered, line breaks perfect, imagery complimentary.

He carefully crafts his poems with a narrative style to involve the reader into the journeys of domestic violence, love, disease, hate, hope, and art. Some of his poems have humorous titles, such as “Wile E. Coyote Attains Nirvana” and “Reading Anne Sexton While Eating Watermelon,” but he develops a theme in those poems that can touch anyone. Each page gave me pause – the signal of a true poet.

This is a book worthy of at least one book prize, perhaps even the Pulitzer Prize. I hope Tupelo Press submits it so the author can rise to the applause it deserves.