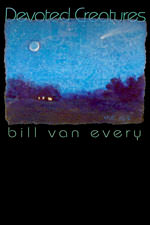 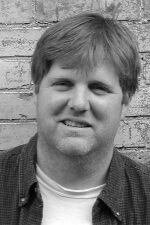 A poet in our midst brings grace, honesty to the hard facts of life

The mark of an exceptional poet is one who can give form and voice to the amorphous and inarticulate. Beyond that — and this is subjective — if that poet also achieves mystery and if he can startle — not confuse — with words and images, I’ll return again and again to the poems.

Such a poet is in our midst. Bill Van Every grew up in Charlotte and lives and writes in Valle Crucis. Prize-winning New York poet Thomas Lux (The Drowned River, The Street of Clocks) selected his manuscript from 900 entries and named Van Every this year’s Tupelo Press Judge’s Prize Winner.

The poems in Devoted Creatures (Tupelo Press, $14.95 soft cover) investigate the nature of the missing and disconnected, the found and held, and, finally, that anxious and tenuous state of being merged.

A poem dealing with all three conditions is “Look At Me When I’m Talking to You.” A woman “shaped like sunrise” asks the narrator what he will do when she is gone. He holds her face in his hands, peers into her eyes and tells her to look at him when he’s talking to her.

It’s a lazy connection, and he senses she’ll leave. After all, the “sky is an accident, / a cracked pane of blue mistake / sneering over the house…”

She pulls her dress over her head, and he falls down “in the crowd / formed by the sound / of our faces running together / like a string of wishes.”

The condition of “missing,” Van Every tells us, does not have to be a final act. Merger is still possible after the other is gone.

In “Ceremony of Motion,” a woman “in a white dress,” and the narrator “out of reach for anything,” will always be merged because this very night tonight she “can eat dinner in a dress / that marries you to the thought / of me standing in this spot forever.”

Disconnection not only happens between people. Van Every knows it also happens inside people.

In “Meditation While Looking for Big Sky, Montana, on the Map,” the narrator says he gives in “to an emptiness / that brushes up against solid things.” Just as, “Alone is beautiful / if you eat it out of the palm / of someone’s hand.”

In an afterword, Van Every notes that he wrote most of these poems “in fits” while living in Tucson, Arizona, where he was “in love with a woman and her two cats.”

“As for craft or style,” he says, “the music I learned by reading guys like (Theodore) Roethke. The voice I tried to steal directly from poets like James Tate, though hopefully it is not too painfully obvious.”

What’s honest is the bare emotion expressed in these poems, and what’s painful — and also beautiful — is how Van Every takes the hard facts of life (“that loss can grind the bones and stain the dark”) and shapes them with an extraordinary grace.

I am a bird,
now I am the space
a bird might fit.
Perched on a branch,
I am its wings beating
in that moment before flight,
the one that lasts a lifetime.
Now I am the last thing
a bird would ever think of.