Now, at a time when our country is becoming ever more multi-lingual, Tupelo Press is producing a Spanish-language edition of Kaminsky’s mesmerizing work, Dancing in Odessa. Bailando en Odesa has been translated by Chilean poet Mariela Griffor, working closely with the poet.

“This is an intricate, muscular, startlingly powerful collection, one that amazes by image and statement, by its shaped whole, and by the sheer scope of its poetic observation. . . . Inventiveness of language, the investigative passion, praises, lamentation, and a proper sense of the ridiculous are omnipresent. . . . This book is a breathtaking debut.” — Jane Hirshfield, Ploughshares

In 2004, a now legendary debut book of poems was chosen by Eleanor Wilner for the Dorset Press and released by Tupelo Press: Ilya Kaminsky’s symphonic and many-layered Dancing in Odessa, a book that earned its young author the American Academy of Arts and Letters’ Addison M. Metcalf Award and a Whiting Writer’s Award, and that drew accolades from some of America’s most discerning poets, including Anthony Hecht, Jane Hirshfield, Carolyn Forché, Robert Pinsky, and Adam Zagajewski.

Now, at a time when our country is becoming ever more multi-lingual, Tupelo Press is producing a Spanish-language edition of Kaminsky’s mesmerizing work. Bailando en Odesa has been translated by Chilean poet Mariela Griffor, working closely with the poet. 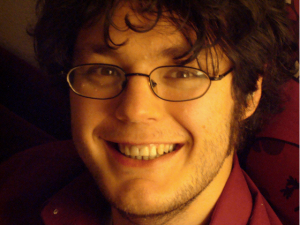 Ilya Kaminsky was born in Odessa, Ukraine, then part of the Soviet Union, and came to the United States in 1993 when his family was granted asylum. He is author of the chapbook Musica Humana (Chapiteau, 2002) and co-editor of The Ecco Book of International Poetry (2010), A God in the House: Poets Talk About Faith (Tupelo, 2012), and This Lamentable City: Poems of Polina Barskova (Tupelo, 2010). He teaches writing, translation, and comparative literature at San Diego State University.

Mariela Griffor was born in Chile, was exiled and given asylum in Sweden, and now lives in the United States. She is founder of Marick Press, author of three books of poems, and translator of Pablo Neruda’s Canto General (Tupelo, 2016).