Kim Kyung Ju’s allegorical drama Butterfly Sleep refracts a critique of South Korea’s headlong development through a mixture of magic realism and absurdist dark humor set early in the Joseon dynasty. With lyricism and grace, Kim unfolds a lesson of consolation by confrontation, and finally reconciliation, with the ghosts of the nation.

“Kim leaves his readers with a sense that there are bigger, more permanent things than people.” — Publisher’s Weekly

“Kim’s book stands as a two-fold project of resuscitation, at once linguistic and existential: to breathe poetry back into language, and meaning back into life.” — Loren Goodman, Korean Literature Now

“Jake Levine is a firesteed. Traditionally, a particularly marvelous horse was said, py poets, to have ‘bones of flame.’” — Charles Alexander, Editor and Poet

KIM KYUNG JU’s Butterfly Sleep is a historical drama based in the early period of the Joseon dynasty. He relies on a mixture of absurdism, magic realism, and dark humor in order to tell an existentialist allegory of Korea’s rapid development. In this sense, Butterfly Sleep is a story about the fractured soul of the nation. Even more so, it is a lesson in consolation. As Butterfly Sleep unfolds, we drift in and out of song, as music is made in order to comfort the characters in the play. With lyricism and grace, Kim suggests that the only way the ghosts of the nation can be consoled is through direct confrontation. Confront them first, then sing them a lullaby.

Kim Kyung Ju is a Seoul-based poet, dramatist and performance artist. His poetry and essays are widely anthologized in South Korea and his plays have been produced abroad in several countries. He has written and translated over a dozen books of poetry, essays, and plays, and has been the recipient of many prizes and awards, including the Korean government’s Today’s Young Artist Prize and the Kim Su-yong Contemporary Poetry Award. His first book of poetry, I Am A Season That Does Not Exist In This World, is one of the most popular and critically acclaimed collections to debut in South Korea in the new millennium.

Jake Levine is an American translator, poet, and scholar. A PhD candidate in Comparative Literature at Seoul National University, he holds a BA and MFA from the University of Arizona. He teaches creative writing at Keimyung University and is a lecturer at the Literature Translation Institute of Korea. He is assistant editor at Acta Koreana and editor for the Korean poetry series Moon Country at Black Ocean.

The high priest appears. The astronomer follows him.
The Buddhist monk stands still with the rock on top of his head.

The high priest pours some water into the monk’s mouth.

High priest: Why have you come back? Didn’t you forsake the world?
Buddhist monk: Wasn’t it you who swore off the world, switching your robes?
High priest: I changed my fate.
Astronomer: Ha ha, you both make me laugh. I remember you two very clearly. One was a butcher, the other a beggar. Even if the world changes, you are who you are. You can’t fool me.
Buddhist monk: My friend, weren’t you the guy that threw me the leftover meat from the slaughter?
High priest: After the slaughter, I always give meat to those who are less than human.
Buddhist monk: (Laughing) Yep, that’s exactly how we were. (Looking at the astronomer) But who is this weird looking fellow?
High priest: Don’t worry about him. He’s the kind of person that performs a memorial service for his shadow when life isn’t going his way. A poor public official who occasionally earns some pocket money by drawing pictures of seafood on the soles of people’s feet, telling them it will prevent misfortune. 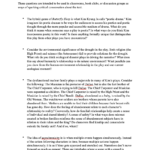