…a remarkable debut, one that affords a rare and exhilarating pleasure: the sense of being at the start of something marvelous.

Dancing in Odessa made it onto Jane Hirshfield’s Ploughshares Editor’s Shelf (Spring 2006); “This first full-length book is a breathtaking debut.”

Pleiades Review of Books featured an excellent review of Dancing in Odessa.

Reviewer Jeannine Hall Gailey has fine words of praise for Ilya Kaminsky’s Dancing in Odessa in the Oct–Dec 2004 issue of the Pedestal Magazine.

The Spring 2004 issue of Small Spiral Notebook has a smashing review of Dancing in Odessa.

The Philadephia Inquirer reviewed Dancing in Odessa on June 2, 2004. Read it here.

The May 2004 issue of Wire magazine reviewed Dancing in Odessa. Read it here.

Winner of the prestigious Tupelo Press Dorset Prize, selected by poet and MacArthur “genius grant” recipient Eleanor Wilner who says, “I’m so happy to have a manuscript that I believe in so powerfully, poetry with such a deep music. I love it.” One might spend a lifetime reading books by emerging poets without finding the real thing, the writer who (to paraphrase Emily Dickinson) can take the top of your head off. Kaminsky is the real thing.

Impossibly young, this Ukrainian immigrant makes the English language sing with the sheer force of his music, a wondrous irony, as Ilya Kaminsky has been deaf since the age of four. In Odessa itself, “A city famous for its drunk tailors, huge gravestones of rabbis, horse owners and horse thieves, and most of all, for its stuffed and baked fish,” Kaminksy dances with the strangest — and the most recognizable — of our bedfellows in a distinctive and utterly brilliant language, a language so particular and deft that it transcends all of our expectations, and is by turns luminous and universal.

…a remarkable debut, one that affords a rare and exhilarating pleasure: the sense of being at the start of something marvelous.

A superb and vigorous imagination, a poetic talent of rare and beautiful proportions, whose work is surely destined to be widely and enthusiastically noticed and applauded. This is the start of a brilliant career.

Kaminsky is more than a promising young poet; he is a poet of promise fulfilled. I am in awe of his gifts.

Passionate, daring to laugh and weep, direct yet unexpected, Ilya Kaminsky&rsquos poetry has a glorious tilt and scope. Ilya Kaminsky is author of Dancing in Odesa (Tupelo, 2004) and co-editor of The Ecco Book of International Poetry (2010) and editor of This Lamentable City: Poems of Polina Barskova (Tupelo, 2010). He teaches at San Diego State University and in the New England College M.F.A. Program. He lives in San Diego, California.

Ilya Kaminsky was born in Odessa, former Soviet Union in 1977, and is now widely regarded as the most exciting young poet in America. In 1993, his family received asylum from the American government and came to the United States. Ilya received his BA from Georgetown University and subsequently became the youngest person ever to serve as George Bennet Fellow Writer in Residence at Phillips Exeter Academy. Dancing in Odessa is his first full length book. In 2005 alone, Ilya Kaminsky won Whiting Prize, the 2005 Metcalf Award from the American Academy of Arts and Letters, and the 2005 Foreword Poetry Book of the Year award.

If I speak for the dead, I must leave
this animal of my body,

I must write the same poem over and over,
for an empty page is the white flag of their surrender.

If I speak for them, I must walk on the edge
of myself, I must live as a blind man

who runs through rooms without
touching the furniture.

Yes, I live. I can cross the streets asking “What year is it?”
I can dance in my sleep and laugh

in front of the mirror.
Even sleep is a prayer, Lord,

I will praise your madness, and
in a language not mine, speak

of music that wakes us, music
in which we move. For whatever I say

is a kind of petition, and the darkest
days must I praise.

In a city ruled jointly by doves and crows, doves covered the main
district, and crows the market. A deaf boy counted how many birds there
were in his neighbor?s backyard, producing a four-digit number. He dialed
the number and confessed his love to the voice on the line.

My secret: at the age of four I became deaf. When I lost my hearing,
I began to see voices. On a crowded trolley, a one-armed man said that my
life would be mysteriously linked to the history of my country. Yet my
country cannot be found, its citizens meet in a dream to conduct elections.
He did not describe their faces, only a few names: Roland, Aladdin, Sinbad.

In a soldier’s uniform, in wooden shoes, she danced
at either end of day, my Aunt Rose.
Her husband rescued a pregnant woman

from the burning house he heard laughter,
each day’s own little artillery in that fire
he burnt his genitals. My Aunt Rose

took other people’s children she clicked her tongue as they cried
and August pulled curtains evening after evening.
I saw her, chalk between her fingers,

she wrote lessons on an empty blackboard,
her hand moved and the board remained empty.
We lived in a city by the sea but there was

another city at the bottom of the sea
and only local children believed in its existence.
She believed them. She hung her husband’s

picture on a wall in her apartment. Each month
on a different wall. I now see her with that picture, hammer
in her left hand, nail in her mouth.

From her mouth, a smell of wild garlic
she moves toward me in her pajamas
arguing with me and with herself.

The evenings are my evidence, this evening
in which she dips her hands up to her elbows,
the evening is asleep inside her shoulder her shoulder 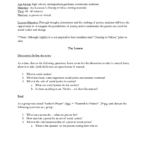 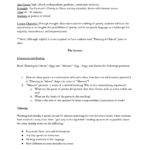 Click here to download a lesson plan on “Poetry as Social Justice:  Memory and the Imagination,” designed by Sean Cho Ayres.