This Dorset Prize-winning new collection explores the lives of a first-generation Arab-American girl and her Jewish-Iraqi parent. 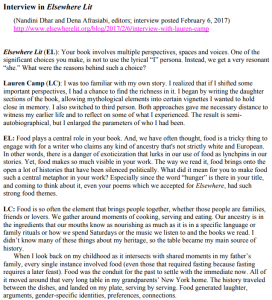 In her Dorset Prize-winning new collection, Lauren Camp explores the lives of a first-generation Arab-American girl and her Jewish-Iraqi parent. One Hundred Hungers tells overlapping stories of food and ritual, immigration and adaptation, evoking her father’s boyhood in Baghdad in the 1940s at a time when tensions began to emerge along ethnic and religious lines. She also draws upon memories of Sabbath dinners in her grandparents’ new home in America to reveal how family culture persists.

“I was impressed by the cohesiveness of this collection, by the ease with which it moved between themes of exile, displacement, and uneasy assimilation into North American culture, and by its ability to tell a family history without resorting to autobiographical clichés.… The book is inventively structured, mixing personal lyrics with a series of short, gnomic, and haunting vignettes that seem to reside almost outside of time. Of course the particular diaspora from which the book derives—capturing the experience of an Iraqi-Jewish immigrant family—makes for a still more complicated stance, one of exile within exile.” — David Wojahn, from his Dorset Prize judge’s citation 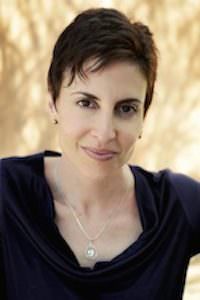 Lauren Camp is author of two previous books of poems, This Business of Wisdom (West End Press, 2010) and The Dailiness(Edwin E. Smith, 2013), which was an “Editor’s Pick” by World Literature Today and winner of the National Federation of Press Women’s 2014 Poetry Book Prize. Since 2004, she has produced and hosted Santa Fe Public Radio’s “Audio Saucepan,” which entwines music with contemporary poetry. She lives in New Mexico.

A Door in the Evening

This house that filled us with thirteen varieties
of rice, brown boiled eggs, creases of language.

There was not a single sentence that was ordinary.
Tender lamb and copper pots;

a banquet every week, and we hovered.
The house was brick. Back door, side door.

Each of the reasons, the clutter of years.
I used to live here. I live here.

The beginning of forgetting comes quickly

Download the free lesson plan for One Hundred Hungers here. 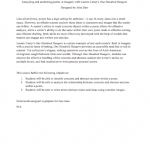