Korea continues to grapple with the shared memory of its Japanese and US occupations. The poems in Ordinary Misfortunes incorporate actual testimony about cruelty against vulnerable bodies—including the wianbu, euphemistically known as “comfort women”—as the poet seeks to find places where brutality is overcome through true human connections.

“I’m completely taken in by these poems, how they deftly balance lyric and narrative, history and the present, body and mind. These are poems of violence – against women, and against Korean women in particular – but they are also poems about the pain and pleasure in language itself: ‘pear in Korean is a homonym for ship or boat’; ‘A homonym for apple is apology.’ Ordinary Misfortunes is a remarkable collection.” —Maggie Smith

“Ordinary Misfortunes is incredibly sad but so, so necessary. It tells the stories of comfort women in the southeastern region of Asia during the twentieth century, stories about endurance, abuse, loss of identity, being human, violence, and transformation. It also juxtaposes the patriarchal, ‘men take what they need’ mindset that persists today with the idea that ordinary men were the perpetrators in the international assault on comfort women.” — Kelsey May, Hyype Online review and interview

Korea continues to grapple with the shared memory of its Japanese and US occupations. The poems in Ordinary Misfortunes incorporate actual testimony about cruelty against vulnerable bodies—including the wianbu, euphemistically known as “comfort women”—as the poet seeks to find places where brutality is overcome through true human connections. Emily Jungmin Yoon asks Why do we write poems amid such violence? What can I, and what can poetry, do? Her response to those tough questions is a sequence of reverberating poems that blend documentary precision with impassioned witness, bringing to bear both scholarship and artistry. 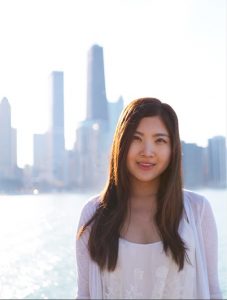 Emily Jungmin Yoon grew up in Korea and Canada. She received a BA at the University of Pennsylvania and an MFA in creative writing at New York University. Now pursuing a PhD in East Asian Languages and Civilizations at the University of Chicago, she serves as poetry editor for The Margins, the journal of the Asian American Writers’ Workshop.

What is pressing. What is pressed. Or who. My grandmother. A woman. A teen. Her father presses the gates shut. Presses her into a crate. The crate into a shed. She unfolds by morning. Binds her chest. She walks unwomanned. An American soldier sees her and yells Stop over there! in Japanese. The language they’ve both learned. When she runs, she is unmistakably woman. She falls. He laughs. What is a body in a stolen country. Or whose. What is right in war. What is left in war. War hasn’t left Korea. I have. I fold. I give up, myself, to you. Which one of you said Let’s have raunchy Korean sex to me. Which one of you didn’t. Do you represent America to me. Did those soldiers to her. We didn’t fear war. We feared the allies, she said. 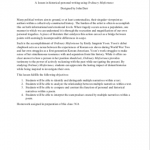