Selected Poems gathers 99 poems, Floyd Skloot’s selection of the finest work from his widely-praised five volumes of poetry. These poems show Skloot’s technical range and mastery of craft, his thematic development, and his growing maturity as a poet celebrating life while facing squarely its harsh challenges and sudden losses.  Selected Poems allows a fresh assessment of this “poet of singular skill and subtle intelligence.” (Harvard Review)

“Skloot continues to be a highly disciplined poet, confronting chaos to capture and tame this enemy. There is ferocity living in his forms, coexisting with the sweetness of vanquishing sentiment.” –Prairie Schooner

“Poet, essayist, and memoirist Skloot writes about family matters, the mysterious realm of long-term illness, the natural world, and the nature of art in refulgent and compelling poems, finely constructed vignettes that celebrate life while harboring bracing visions of death.” —Booklist 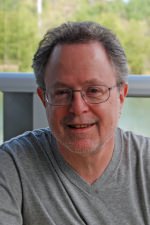 Floyd Skloot is the author of seventeen books, including two volumes of poems from Tupelo Press, and the acclaimed memoirs In the Shadow of Memory (2003) and The Wink of the Zenith (2008). The stories in Cream of Kohlrabi originally appeared in The Virginia Quarterly Review, Ontario Review, North American Review, Glimmer Train, Witness, and other magazines. He and his wife, the artist Beverly Hallberg, live in Portland, Oregon. With his daughter Rebecca Skloot, he edited Best American Science Writing 2011.

Floyd Skloot was named one of fifty of the most inspiring authors in the world by Poets & Writers (January/February 2010). Despite virus-induced brain damage, he writes with surprising tenderness and candor about recreating a life for himself and, in the process, makes us think about our own.

“Skloot is such a fine writer that he can, and does, write about eating “baloney and eggs” and makes it seem fascinating.” – Publishers Weekly

THE ROLE OF A LIFETIME

I am bound upon a wheel of fire
–King Lear

He could not imagine himself as Lear.
He could do age.  He could rage on a heath.
Wounded pride, a man gone wild: he could be clear
on those, stalking the stage, ranting beneath
a moon tinged red.  Let words rather than full
throated roars carry fury while the wind
howled.  He could do that.  And the awful pull
of the lost daughter, the old man more sinned
against than sinning.  The whole wheel of fire
thing.  But not play a wayward mind!  Be cut
to the brains, strange to himself, his entire
soul wrenched free, then remember his lines but
act forgetting.  Understand pure nonsense
well enough to make no sense when saying
it.  Wits turned was one thing; wits in absence
performed with wit was something else.  Playing
Lear would force him to inhabit his fear,
fathom the future he had almost reached
already.  Why, just last week, running here
and there to find lost keys, a friend’s name leached
from memory.  Gone.  No, nor could he bring
himself to speak the plain and awful line
that shows the man within the shattered king:
I fear I am not in my perfect mind

There is less than one hour left
and my father does not know.
He lies there in faded light
green trunks, turned belly-up
beneath a livid sunlamp,
smoking down his last cigar
before the time comes
for him to rise and dress.
He loves the sheer arrogance
of such heat, its dragon’s
breath across his chest,
and he fills his lungs with it.

Minutes remain but still
he does not know. He thinks
of the long morning spent
riding bridal paths on a bay
gelding, the mid-day nap,
pinochle on a sun-drenched
patio and whiskey as clouds
turned his bright day dark
in the blink of an eye.
He thinks of tomorrow only
as a long drive home.

Seconds more as he rises
to stretch and blink salt