“a kind of double-gift, a collection of virtual duos, though the two voices seem to be speaking—no, singing—as one.” —Phillip Dacey

“Kurt Brown’s imitations are to parody what Robert Lowell’s imitations are to translation. Just as Lowell honors the original texts by creating a dialogue with them, rather than simply producing a second version of them, Brown honors the poets he’s singled out by engaging his own voice with theirs, not reducing them to mannerisms and quirks but letting us hear them in a new way, one shaped by his own sensibility in conjunction with a loving knowledge of their work. When Charles Simic takes inventory here of a fallen world, we know we are meeting Brown’s vision as well, and when Stephen Dunn’s intelligence makes a series of moves as surprising and graceful as those of an experienced forward taking the basketball downcourt, we know Brown is giving his own intelligence room to shine. This book, therefore, is a kind of double-gift, a collection of virtual duos, though the two voices seem to be speaking—no, singing—as one.” —Phillip Dacey

“Tenderer than a parody, funnier than a homage, each of Kurt Brown’s “imitations” is a real poem that the real poet just didn’t happen to write. They’re sly, they’re great fun, and they’re all infused with the irony suggested by the title: can flattery actually be sincere?”—Lawrence Raab 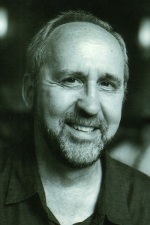 Kurt Brown was the founding Director of the Aspen Writer’s Conference in 1976. He received his BA from UConn, his MA from University of Colorado. Brown edited numerous anthologies and annuals, authored six chapbooks, and four poetry collections. He taught poetry at Sarah Lawrence College and was on the board of Poet’s House in NYC

We’re all here at Frank’s Place, lined up at the bar
or at tables, like kids in grade school, ready for a good
lesson, though Frank is fifty three now, face
like a bad drawing, one of those wobbly portraits

kids scrawl because their hands shake, and Sally
blubbers in her goddamn beer because another man
dumped her and slammed the door, and Leon
thinks he’s cute making his biceps dance with hula girls,

while over by the juke Teddy and Samantha whirl
as if love had a chance in this rat hole, this smoky basement
where each of us has been sent for screwing up,
for learning absolutely nothing in the whole demented world

but is Sally ever going to stop that dumb sobbing
because we’re all tired, honey, we’re all on our last legs,
so lay your head on the bar like a good girl and stop
that sniveling, put down your head and sleep.