“René Char is the conscience of modern French poetry and also its calm of mind. Nancy Naomi Carlson, in these splendid translations, casts new light upon the sublime consequence of Char’s poetic character, and in Stone Lyre the case for sublimity is purely made.” —Donald Revell, poet and translator of Rimbaud and Apollinaire

“In a new translation from Nancy Naomi Carlson, the enchanting voice of the visionary René Char is once again brought to life. Stone Lyre, a collection of selected poems from across nearly fifty year of Char’s career, charms the reader with its mysterious and unfettered imagery. But the poet’s particular blend of the personal and the cosmic spheres should not be considered an easy read. Carlson, in her introduction, remarks on the difficulty of Char’s “lyric intensity,” but the results of her translations amount to a compelling success.”— Adam Palumbo, The Rumpus

“Carlson’s translations flow easily, rhythmically, and are a pleasure to read. They are a reflection of Char’s energy and complexity and the literary register is just.”— William La Ganza, Cerise Press

“René Char is the conscience of modern French poetry and also its calm of mind. Nancy Naomi Carlson, in these splendid translations, casts new light upon the sublime consequence of Char’s poetic character, and in Stone Lyre the case for sublimity is purely made.”—Donald Revell, poet and translator of Rimbaud and Apollinaire

“René Char, intrepid explorer of the marvelous, witness to the catastrophe of history, plowman of ‘the metered field,’ stands revealed in Nancy Naomi Carlson’s splendid translations as a guiding spirit of our time….”—Christopher Merrill, poet, journalist, and director of the University of Iowa’s International Writing Program

“(T)his new translation of Char’s work …shows us …the intensity, the dream-like language, the gravity of tone, and the constant impression that one is reading not words in the language, but sparks of flames….”—from the Foreword to Stone Lyre, by Ilya Kaminsky, poet and author of Dancing in Odessa 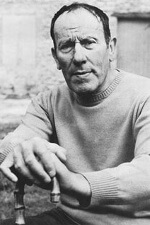 René Char (1907-1988) is among the most crucial of twentieth-century writers. An early Surrealist and close friend of the visual artists Braque, Giacometti, and Picasso, during World War Two he was a leader in the underground French Resistance and later an ardent opponent of nuclear technology. His poetry confronts the moral, political, and artistic challenges of modernity with a prophetic eloquence comparable to the poet-philosophers of ancient Greece. 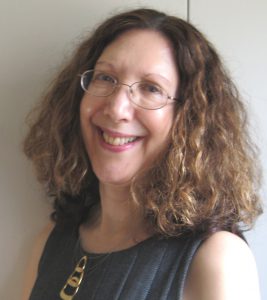 Nancy Naomi Carlson has been awarded grants from the National Endowment for the Arts, the Maryland Arts Council, and the Arts & Humanities Council of Montgomery County. She is author of three poetry collections and translator of Stone Lyre: Poems of René Char(Tupelo, 2010) and of Djiboutian poet Abdourahman A. Waberi’s The Nomads, My Brothers, Go Out to Drink from the Big Dipper(Seagull, 2015). Her own poetry has appeared or is forthcoming in The Georgia Review, Poetry, and Prairie Schooner, and she holds a PhD in foreign language methodology. She teaches at the Bethesda Writer’s Center.

Lied of the Fig Tree

So deep a freeze that milky branches
Damaged the saw and snapped in the hands.
Spring did not see the gracious ones turn green.

From the keeper of those who fall,
The fig tree asked for a new faith’s shrub.
But its prophet, the oriole—
Warm dawn of his flight home——
Alighting on this unfortunate ruin,
Instead of hunger, died of love.

Why the Day Steals By

The poet leans on some tree, or sea, or slope, or cloud of a certain hue for a moment during his life, if circumstance smoothes the road. He’s not welded to others’ confusion. His love, his grasp, his joy have their match in all places he’s never been, nor will ever go, in strangers he’ll never know. When they ply him with prizes—those that would bind—and praise him with voices raised, invoking the stars, he responds that he comes from the country next door, from the sky just now engulfed.

The poet gives life then runs to the plot’s dénouement.

At night, despite dimples in cheeks like a novice, he cuts short his goodbyes—polite passerby—to be there when the bread leaves the oven.
Lightning Victory

The bird spades the earth,
The serpent sows,
Death, seasoned,
Hails the harvest.

Inside us, explosion.
Inside me alone.
Insane and deaf, how could I be more so?

Gone, second self, fickle face, season of flame
and season of shade!

Lepers descend with the slow snow.

In a flash, love—equal of dread—
With an unseen hand, contains the blaze, restores
the sun, recasts the beloved.
Nothing augured a being so bold.