The Age of Discovery

“In The Age of Discovery, Alan Michael Parker, line by startling line, has written a wry, deeply humane collection for our uncivil age.”

Isabelle Sakelaris interviews Alan Michael Parker about his new book, The Age of Discovery for Interlocuter. “I have long believed that the attentiveness required of the poet and the reader together make of the poem a shared intimacy. I also believe this statement to be a function of what’s well-seen in the world: what we notice, what we’re shown what we cherish, what moves us, what moves someone else, and what we do in our lives to respond to beauty. As a poet, I tend to be more ecstatic – ec/stasis, etymologically, my bag, as it means to be outside of one’s self, and in the world nonetheless.” Alan Michael Parker

“The Age of Discovery is a devastating take on the ways we stave off panic. Mythic, precise as a statistician, Alan Michael Parker eyes the virtual data, ‘bottomless as coffee’; the culture, on the cusp of cancellation. (‘I love you more with every hit,’ he writes, both acknowledgment and threat.) Parker lays bare the limits of nostalgia, where ‘the boarded-up video store / makes sadness look pretty’—the farce that art transforms, and the truth of it, too. In The Age of Discovery, Alan Michael Parker, line by startling line, has written a wry, deeply humane collection for our uncivil age.”

“With The Age of Discovery, Alan Michael Parker locates a new register. Throughout this collection are poems that resonate with humor blending through heartbreak, that sound this poet’s singular voice, and that, ultimately, sustain with Parker’s signature, enviable imagination.”

—Jon Pineda, Little Anodynes and Let’s No One Get Hurt

“In these poems it’s possible to sense the poet’s guiding hand, but it’s also easy—easier—to give in to something like suspension of disbelief. Really, a species of trust is involved.” — David Epstein in Heavy Feather Review

Alan Michael Parker’s latest collection, The Age of Discovery, is a work of enduring beauty, filled with his signature tenderness and surprise. Parker’s interests range from the Psalms to the Internet, from a woman stepping out her window to die to two men trying to learn how to live as they argue in a row-boat. With an eye on some of the greatest love poets (Amichai, Mistral, Neruda), Parker delivers a collection deep in empathy, rigorously attentive, and formally
inventive.

In Parker’s poems, the time of day matters, as we move through dawn, dusk, and deep night. There’s often a knowing moon, an unknowable wisdom, and a relentless curiosity: he’s a poet who delights in imaginative play, too, with an abiding love of song and imagery. But we’re always smack in the 21st century in this new collection, with technology redefi ning the sublime, and the ever-present threat of loneliness—tempered, these poems suggest, by compassion and
humor.

ALAN MICHAEL PARKER is the author of nine books of poetry and four novels, and editor of five scholarly works. Douglas C. Houchens Professor of English at Davidson College, he has received numerous awards and fellowships, including two selections for Best American Poetry, three Pushcart Prizes, the Fineline Prize, the 2013, 2014, and 2019 Randall Jarrell Award, the Lucille Medwick Award, and the North Carolina Book Award. He has recently been called “a general beacon of brilliance” by Time Out, New York. 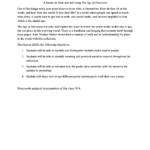