Rebecca Dunham’s thrilling new book is a multilayered account of the struggles and torments faced by women as wives, mothers, and daughters — a psychological journey in which the poet seeks communion with writers from the past, including feminist pioneer Mary Wollstonecraft.

“A flight cage is a bird cage that is large enough for the bird to fly around inside of it—a trick, of sorts, perhaps to keep the birds from dying of sadness. In this collection, Dunham calls upon classic feminist literary influences—Mary Wollstonecraft, Charlotte Perkins Gilman, Daphne de Maurier—to help her grapple with the contemporary experience of womanhood in sometimes lovely, sometimes gutting verse.” — Emily Temple, “40 New Feminist Classics You Should Read,” LITHUB

Rebecca Dunham’s thrilling new book is a multilayered account of the struggles and torments faced by women as wives, mothers, and daughters — a psychological journey in which the poet seeks communion with writers from the past, including feminist pioneer Mary Wollstonecraft.

Using the metaphor of a “flight cage,” where birds are held captive, as physical manifestation of the space from which her speakers address us, Dunham reinvigorates the persona poem. Instead of “performing” historical figures such as Wollstonecraft, Dorothy Wordsworth, Anna Akhmatova, and Charlotte Perkins Gilman, she invites them to inhabit her, flickering in and out of sight, refusing an easy artifice.

A virtuoso of the phrase and image, Dunham displays a daring range of prosody. Drawing upon Wollstonecraft’s experimental travel narrative, the poet creates a threshold upon which the traditional “crown of sonnets” can be opened to the sudden breakage of collaged text, remaking both the received form and the now-conventional contemporary experimental poem.

Advance praise for The Flight Cage:

In her second collection of poetry, Rebecca Dunham, with stunning formal innovation, parses the blessings and afflictions of womanhood, of motherhood. These poems, brilliant on their surfaces, dark and grave in their depths, will startle the reader with their radiance, and haunt — ghost-ridden as they are — with their otherworldly gravity.

Dunham’s poems are far more than history lessons, for they make their own radical claims on our attention, and their complex tapestry-like ways of making — interweaving the formal and organic, the mimetic and improvisational — make this an enormously compelling reading experience.

Over and over, this book returns to the body. While acknowledging that ‘the body’s surest form is loss,’ the poems in The Flight Cage celebrate the place of the body in the world. As Dunham insists, ‘This is not lament, but refrain. / Knock on it and it will sing.’ These poems sing and dazzle. 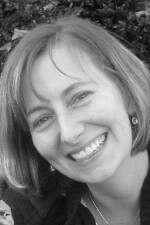 Rebecca Dunham teaches in the doctoral creative writing program at the University of Wisconsin-Milwaukee. Her first book,The Miniature Room (Truman State, 2006) won the T.S. Eliot Prize. Her poems have appeared in FIELD, The Antioch Review, Prairie Schooner, The Indiana Review, and AGNI.