The Strings Are Lightning and Hold You In

“History and tribal knowledge appear naturally in these poems, as do the pleasures of life on the reservation—the food, the light, the air, the sights and sounds and smells.” —Jon Davis

“As Witness, as Contemplator of the colonial dichotomies we all navigate, Brossy reminds us that we are each other. This work’s deep ability to digest reality allowed me to release judgment in order to behold.”

“Brossy brings to the poetry time spent as a journalist, a writer of short fiction, and an athlete, a young man raised on the Navajo Nation, rooted in Diné values and language, but one who has also traveled and studied and lived off the rez. These are poems from a man speaking among friends and relations. It is also a book about community and forgiveness and welcome: ‘the boy has returned from a long journey,/ summer sheep-herd, from college, from an unhappy marriage. / We say, Boy, you’ve come back.” History and tribal knowledge appear naturally in these poems, as do the pleasures of life on the reservation—the food, the light, the air, the sights and sounds and smells.”

— from the introduction by Jon Davis

In this stunning collection, Chee Brossy forges a poetics of wonder, dailiness, and transformation. Here, the “sugar cane Coke” and “the leafy houseplant[s]” of the speaker’s daily life, those artifacts of routine, are revealed as glimpses into all that is unknowable, subtle reminders of “today’s mystery.” Indeed, Brossy’s work, with its understated approach and artful evocation, reads as a celebration of all that lies beyond what can be said in language. For Brossy, a meditation on the ineffable, with its innate poeticism and philosophical allure, is not merely an exercise in aesthetics; it is revealing of culture and of the body politic. Here, we witness questions of power, agency, and resistance bound up in what seem at first like simple acts of perception and aesthetic pleasure. “A red-tipped fox trots lazily out. The knives adjust themselves in the dishwasher,” Brossy tells us in language that shines with lyricism and invention. He shows us, in fearful and loving detail, the “starlight vapor in our lungs” and the “terrible dust” within each one of us. “Strength runs through blood like horses,” Brossy reminds us. This is a complex and ultimately transformative debut. 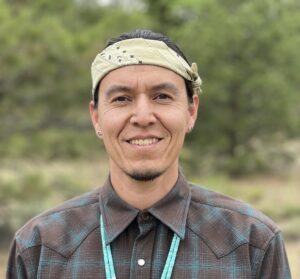 Chee Brossy was born in Chinle, Arizona, and grew up in Red Mesa, Arizona. He is Diné, originally from Lukachukai and Wheatfields, Arizona. He attended Dartmouth College, where he studied English and Native American Studies. His poetry and fiction have appeared in Denver Quarterly, Sentence, Prairie Schooner, Red Ink Magazine and elsewhere. He has worked as a reporter, basketball coach, English literature instructor, and fundraiser. He lives in New Mexico.