“Here is a particular heart and mind removing its shield in order to commune, to help us see the world again, more deeply and more strangely, and reader, I am grateful.” —Allison Benis White

“Lauren Camp’s Took House is an astonishing, enchanted world of nature and cityscape, interior terrains, art-making and witnessing all at once. ‘That night the sky came up to my lips’, she writes, ‘It tasted of wind, and gave me something to miss.’ The collection is an exploration of nostalgia, how it manifests in literal and metaphorical borderlands, the way we are always transforming and undoing ourselves along with the worlds we inhabit: ‘Such endeavor, / all of these seasons’. Towards the end of the collection, she writes, ‘I returned empty, without.’, with the tenor of someone who understands emptiness is its own kind of abundance. A marvelous collection!”

“Took House is a book of appetites: for language, for understanding, for the body, for the natural world. ‘There is such ungodliness / in what the tongue will feed on,’ Lauren Camp writes, considering the fine line between appetite’s bodily openness and the dissolution of the self, as she confronts the injurious effects of alcohol on a relationship. Camp’s poems, often synesthetic, often ekphrastic, present ways of looking through art to our outer and inner selves: ‘What else should we look at but fugitive color, / the shape that’s not empty?’ and later, ‘she must study the wall of her primitive self.’ Hers is a language you can taste in this dazzling collection: simultaneously rich and restrained. Lauren Camp is a singular, probing, precise poet, and I celebrate this book’s arrival.”

“In Lauren Camp’s Took House we are enveloped in a poetry both precise and mysterious, intimate and sublime. Reading through these poems, I was reminded of the tenet that poetry is not like the interior life, but is the interior life, the thing itself made flesh via language: ‘Give me your flowered ear,’ Camp writes in one poem, and in another, ‘I will speak / of the seams of desire, the practice / and even the ceiling.’ Here is a poet articulating her human existence (the tentacles of love, inebriation, visual art)—here is a particular heart and mind removing its shield in order to commune, to help us see the world again, more deeply and more strangely, and reader, I am grateful.”

“Took House is as brilliant as it is haunting, and I can’t recommend it enough.” — Arts + Literature Lab

“Took House is compelling and astonishing. It will leave you wide-eyed and bewildered in the best possible way.” — Alexandra Umlas in Cultural Weekly

“[T]hrough multiple lenses… first-person narratives and testimonies…, encounters with nature, especially hawks and eagles, birds that represent both flight as well as the violent hunger of animal need, and ekphrastic poems that engage with works by visual artists such as Georgia O’Keeffe, Robert Rauschenberg, and Annie Liebovitz… [Took House] examines our myths and rewrites the archetypes of women and girls.” — Teow Lim Goh, The Critical Flame

“The ‘sinew and lava’ of both desire and loss pulse right beneath the surface of the poems..” – Editor’s Pick in World Literature Today

“Camp’s table is your table and the house built around that table can take us to places that we never imagined…” — Rebecca Schumejda, Trailer Park Quarterly

“Observer, witness, examiner, practitioner, and seer—Lauren Camp has produced a collection to be pondered, studied, enjoyed, and shared.” — RHINO Magazine

“The imaginative latest from Camp (Turquoise Door) offers poems that vibrate with an undertone of unrest beneath their exploration of intoxicating intimacy, nature, and art.” — Publishers Weekly

“In her third collection, Camp (The Dailiness) looks closely at moments from the life of an Arab-American girl and her Jewish-Iraqi parent. With a delicate hand, she renders gustatory details of gatherings and the kitchen that present an engaging blend of those cultures that were once harmonious in the Baghdad of a father’s past, which is very different from his daughter’s childhood in America. Most of the book functions on long lines and short prose poems, but there is also some play with the stanzas, poetic form, and the line that avoid the tedium of one repeating imprint on white space. There are smaller surprises that intertwine with this larger narrative; as this migration story unfolds, the daughter’s burgeoning sexuality and the predatory dangers that come with it emerge in some of this book’s best poems, as “Her world entered nimble eternities.” Between the daughter’s and the father’s stories, the ideas of loss and forgetting become more evident with each poem. In “Why Dad Doesn’t Pay Attention to Iraq Anymore,” one of the collection’s more distinct poems, Camp writes, “The longest griefs are those we never look at.” Camp distills grief, loss, and transition, each becoming a kind of theft, and the poems strive to reclaim and recover what can be salvaged.”

“I was impressed by the cohesiveness of this collection, by the ease with which it moved between its themes of exile, displacement, uneasy assimilation into North American culture, and its ability to tell a family history without resorting to autobiographical clichés…The book is inventively structured, mixing personal lyrics with a series of short, gnomic and haunting vignettes that seem to reside almost outside of time. And of course the particular diaspora which the book derives from—capturing the experience of an Iraqi-Jewish immigrant family—makes for a still more complicated stance, one of exile within exile, as it were.”

“Camp’s poems are concrete inventions that suggest bounty, boundlessness, the infinite regression into person, cultural, and familial histories, while also grounding readers in astonishingly evocative sensory experiences. Indeed, the beauty of Camp’s Dorset Prize-winning collection, One Hundred Hungers, is that in our experience of Camp’s poems of memory, geography, migration, space, spirituality, and family, we cannot help but find our own lives and experience there hovering in the ghostly foreground of her lines… it’s only a writer of Camp’s substantial talent who can simultaneously recount a personal history—a diasporic tale of an Iraqi-Jewish family in pre-sectarian Baghdad—while also re-drawing that history’s borders and making it inclusive and vivid and alive once more. In this way, Camp’s book is both an invitation to an unknown history and the gift of a perpetually unfolding one in which each of us finds some purchase, some handhold or footing that has us assenting as we read along…In Camp’s work, the description of a lost loved one summons his presence; the lyrical cataloging of a meal revives its scent and flavor; and a clear-eyed memory of pain somehow softens our own calluses. This, of course, is a kind of poetic alchemy, and a form of reincarnation.”

Took House is a disquieting book about intimate relationships and what is seen and hidden. In vulnerable poems of obsession, Camp places motivation deep in the background, following instead a chain reaction between pain and pleasure. Took House navigates a landscape of bone and ash, wine and circumstance. Boundaries shift between reality and allegory. The unknown appears and repeats, eerily echoing need. Blame, power and disorder hover, unsettling what we know of love. 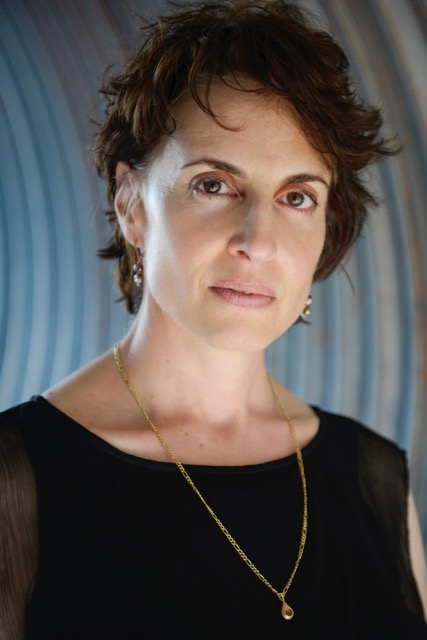 Took House is Lauren Camp’s fifth book of poetry. One Hundred Hungers, Camp’s third book, won the Dorset Prize from Tupelo Press, Tupelo’s most prestigious poetry prize. Previous books have been shortlisted for the Arab American Book Award, the Housatonic Book Award, the Sheila Margaret Motton Prize, and the New Mexico- Arizona Book Award. Lauren is a true citizen of the poetry community, giving widely. She teaches young students to understand and embody poems for Poetry Out Loud and offers community workshops and mentoring to elders interested in exploring poetry as a means of self-expression. As a visiting writer at the Mayo Clinic in Rochester, Minnesota, and keynote speaker at the New Mexico Alzheimer’s Caregiver Conference, she has brought an empathic, artistic perspective to doctors, patients and loved ones by sharing her poems on dementia and its effect on families. Her poems have appeared in The Los Angeles Review, Pleiades, Poet Lore, Slice, DIAGRAM and elsewhere, and many have been translated into Arabic, Mandarin, Spanish and Turkish. She is an emeritus Black Earth Institute fellow and the recipient of numerous residencies. For 15 years, she hosted a popular public radio program, blending contemporary poetry with jazz and global music, bringing unexpected beauty to the airwaves. In her previous incarnation as a visual artist, Lauren made fiber portraits of her favorite musicians, and assembled a solo exhibit called “The Fabric of Jazz,” which traveled to museums in ten U.S. cities. She lives in a cozy household in New Mexico with her husband of 25 years and their elderly cat, Ella. www.laurencamp.com

John Sibley Williams in conversation with Lauren Camp at The Waking in Ruminate magazine.

Alina Stefanescu in conversation with Lauren Camp for The Rumpus.

Listen to Lauren Camp in conversation with David Naimon on the Between the Covers podcast.

Read an interview with Lauren Camp at Under a Warm Green Linden.

Read a collaborative interview between Lauren Camp and Karen George in The Bind.

Watch an interview with Lauren Camp at Tell Tell Poetry.