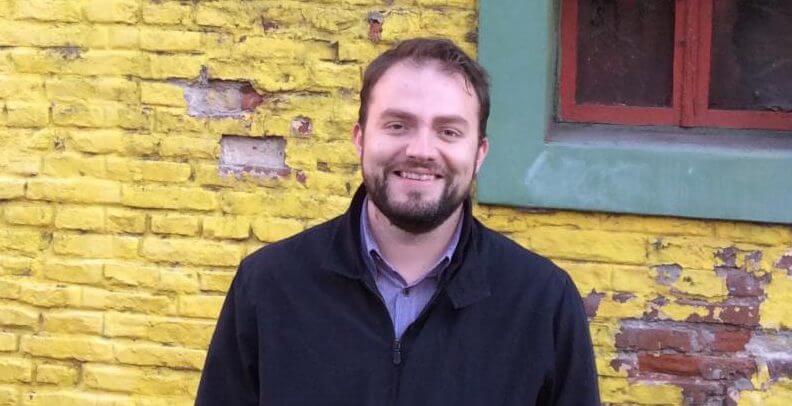 Tupelo Press is honored to announce that Robert Pinsky, former two-term U.S. Poet Laureate, who not only served as our judge for the Dorset Prize, but in an extraordinary and unprecedented act of generosity read (blind) over 100 manuscripts, has selected Mario Chard of Smyrna, Georgia as winner of the 2016 Dorset Prize for his manuscript, Land of Fire.

About the winning manuscript, Robert Pinsky writes: “Land of Fire, with a kind of understated, shadow title — Tierra del Fuego — embraces the reality of collisions and meldings: Spanish and English, violence and peace, legend and fact, pain and creation, family comfort and the echoes of Abraham and Isaac. Mario Chard conveys that shifting reality in lines that sing, innovating choral patterns and refrains that honor the past by re-conceiving it.”

Born in northern Utah, Mario Chard is the son of an Argentine mother and an American father. He was educated at Weber State University, Purdue University, and later Stanford University as a Wallace Stegner Fellow in Poetry. Recent poems have appeared in the Beloit Poetry Journal, Boston Review, Colorado Review, FIELD, Image, and Indiana Review, among others. Winner of the 2012 “Discovery” / Boston Review Poetry Prize, he currently writes and teaches in Atlanta, Georgia, where he lives with his wife and sons.

The winner receives a $3,000 cash prize, a weeklong residency at MASS MoCA, publication by Tupelo Press, and national distribution.

Asked to say something about his process in finding the following 17 finalists, Robert Pinsky writes: “Truth and music, or to put it another way, reality and real lines: those were the criteria I used to select (these 17) book manuscripts for a final, excellent batch”

Sincere congratulations to Mario Chard, to Mr. Pinsky’s cast of transcendent finalists, and special thanks to all who entered this competition and who, by your writing, join in the tireless, solitary, and so-important work of making poetry.

We are deeply grateful to Robert Pinsky for his extraordinary gift of reading and evaluating over 100 manuscripts. We wouldn’t have thought it possible! Please watch for Robert Pinsky’s new book of poems, At The Foundling Hospital, which will be published by Farrar, Straus and Giroux in October.