After the Gold Rush

“I love all the maps, magical gardens, cities that bloom in these stories of ordinary lives. Buzbee gauges beautifully the degree to which the ordinary intersects with the astonishing, persuading the reader again and again of their indivisibility. The loneliness of the characters in these delicately nuanced stories does not burden them but drives them to seek connection, make amends, reconstruct their lives.”
—Catherine Brady

After the Gold Rush is filled with powerful, moving stories of families tested by forces inside and out. Even when life conspires to tear them apart, the family must cope, figure out what comes next. These are stories about life at its most quotidian—and most challenging— level, after the gold rush of love has become the business of living. The people in these stories, like the people around you every day, discover inner resources and solutions both unique and universal.

“I love all the maps, magical gardens, cities that bloom in these stories of ordinary lives. Buzbee gauges beautifully the degree to which the ordinary intersects with the astonishing, persuading the reader again and again of their indivisibility. The loneliness of the characters in these delicately nuanced stories does not burden them but drives them to seek connection, make amends, reconstruct their lives.”
-Catherine Brady

“After the Gold Rush is all about family—sweet and bittersweet. Buzbee gives us the essential characters and predicaments—mothers, fathers, sons and daughters. It is wonderful to have such clear-eyed and mature sentiment about these most basic losses and gains.”
-John Casey

After the Gold Rush has been named a bronze medalist in the 2007 Independent Publisher Book Awards. The IPPY Awards recognize and celebrate the best that the independent press has to offer. 2,690 books were submitted. 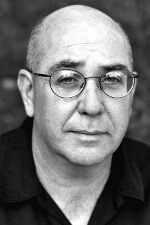 A third generation Californian, and the first in his family to attend college, Lewis Buzbee has been writing since age 12 when his father died. In college, he worked in bookstores (Upstart Crow in San Jose, then eventually managing Printers Inc. in Palo Alto). In 1986, he became a sales rep for Chronicle Books in northern California. He earned his MFA from Warren Wilson College. Buzbee is the author of a novel, Fliegelman’s Desire, (1990, Ballantine) and a non-fiction work, The Yellow Lighted Bookshop, (2006, Graywolf). He has been published in Harper’s, Paris Review, Bloomsbury Review, The San Francisco Chronicle, and Gentleman’s Quarterly, among others.

You have to know how much I hate this. By the time I get to after-school, a little late, Sam’s on the verge of tears. He’s a big kid, nine, but why shouldn’t he cry? And he’s still my baby. It’s raining, pouring, December dark, and after-school’s been closed and locked for forty-five minutes. Sam knows that sometimes I’m late—it’s happened before—but still. I called the school to let them know, and like every other time, they plead there’s nothing they can do, they’ve got families, too, he’ll have to wait outside. He’ll be okay, they tell me.

Sam’s huddled under the little porch by the school’s multi-purpose room, afraid to move away from the cone of light there, afraid of the shadowy playground and the slick river of traffic beyond the fence. He’s got his backpack on, it drags him down, he’s ready to go. When he sees me, he bolts through the rain, his backpack bumping, he whispers my name, mom, and runs right into my arms. I can feel the heat from his face, feel the sob rise up in his chest, then he sighs and the evening runs out of him, he collapses into me, uncurls. I hate this.

I have a pretty good deal at work, considering, but every so often there’s some sales report that can’t possibly wait, and I have to stay and tweak it, knowing full well the report will sit on Harmon’s desk all the next day, probably over the weekend, too. I mean, give me a break. Even when I get out on time, I don’t get to Sam until six, and he’s stuck in after-school, reading, drawing, waiting. I imagine him waiting there with the other kids, every once in a while looking out the window, wondering if he’ll ever get out.