“Ice, Mouth, Song has a haunting beauty to it…. Flynn will not pretty-up her world, nor will she be defeated by its harshness. She’s written a book that makes easier the difficult task of judging contests.”
-Stephen Dunn

These poems, set within a sturdy midwestern landscape, are about loyalty and abandonment, disappointment and joy. They leap and startle and switch back, always returning with a clear-eyed desire for redemption in all its forms: passion, solace and forgiveness.

Ms. Contreni Flynn is a storyteller with an uncanny gift for transforming the everyday details of our lives, using language that shocks and surprises. Says Stephen Dunn,”Ice, Mouth, Song has a haunting beauty to it…. Flynn will not pretty-up her world, nor will she be defeated by its harshness. She’s written a book that makes easier the difficult task of judging contests.” 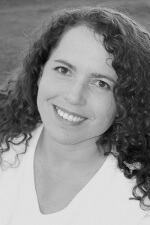 Rachel Contreni Flynn holds an MFA from the Warren Wilson Program for Writers. A corporate lawyer, she has won an Illinois Arts Council Award for poetry, and is widely published in national magazines and journals, and has been anthologized by Heather McHugh.

a heavy moon hung over space
where there was almost nothing

but one big town at dead center.

Grasshoppers popped under tires,
the trees swelled with grackles,

and I amused myself with windmills—
the solitary geometry of glint and spin,

slowing then standing motionless
until the sky raised its dark fist.

The autumn my mother left
a coldness opened …

Beans dried to snakes’ tails in the fields,
and my chest filled with rust.

In the snow I walked the pastures

in an orange poncho
my father could see from the house.

Once I told him to stop waving at me.

just to watch him run from the house
barefoot and wild.

Living never wore one out
so much as the effort not to live.
—Anais Nin

Because it cost too much,
and I couldn’t arrange my face
in the way such delicacy demands,
I left the lace blouse in the vintage shop
and bought coffee, more books.

That night I dreamed
of birds at the ocean, even then
scolding myself: birds again—
senseless, short-lived, crying on the breakwater,
hiding their faces beneath flimsy wings.

To guard against it, the grocery stores
put plastic mats in the produce aisles
with holes the approximate size and shape
of the typical grape. I’m talking about liability.
I’m talking about avoiding the awful snap
of collar bone on linoleum, the shatter
of graham crackers and bifocal glasses.

I’ve been worried about the birds I cut
from construction paper that didn’t look
like birds but anvils or trowels. Anyway
they did the job. Fewer bloody splotches
against the glass, fewer reasons to feel guilty
for getting in the way of hunger and abject
joy. I’ve been lost in the oil slick

of a junco’s wing. I’m dark and sticky with it,
but regardless, all day I’ve been singing a poem
about traveling, singing even as I reach
for the phone to talk about insurance and risk
and plausible options, singing even though
everything I dream these nights is forests
and hands and bones and the winter rattles me.

It’s a song about the end of caution—
an onyx pendant slipping from my neck
that glistens like the supermarket’s asphalt
where gulls are painted to ward off
a mess. But harm is not worth avoiding
if the cure is smallness I wheel gladly beyond it
to the hole in the sky where birds are spiraling.