“Rekdal, ever the gifted braider of storylines, carries off the combination of memoir and biography about Curtis and Upshaw, showcasing Curtis’s work with her own ruminations in poetry about the photos. Her broad scope is well supported by the publisher’s inventive treatment of the text assigning a unique type style to each storyline, coupled with a unique starting page announcing each strand or voice in this tapestry.” — Mary Curtis, Calyx

“We find ourselves getting involved with Rekdal’s family, who may at first blush to have little or nothing to do with these characters from over a century ago as they traveled through the plains states and much of the upper northwest … at times in grave danger, with equipment which weighed heavily on them: the fragile plates, the chemicals, the solvents. To do what they had to do, they would stop, get everything assembled, pose the pictures, take them, then dismantle everything and move on.” —Pamela Wylie, RALPH Magazine

“The beauty of the book’s form is that it so perfectly marries the content—fragments of writing about fragments of history. One of the most poignant accounts that Rekdal records (and I use that term loosely, as many details are fictionalized in the work) is the story of Curtis’s attempts to record the various Indian languages. His attempts are merely that, because there is never enough time or space to record all of the languages in one man’s lifetime. No record will ever be complete, only snapshots will be left. And in Rekdal’s story, we are reminded that all of us survive only in fragments.”—Courtney McDermott, New Pages

“I read Paisley Rekdal’s Intimate in one sitting last night, simply couldn’t put it down. The work has all of the qualities of creative nonfiction that I absolutely love; Rekdal’s Intimate is genre-bending, confessional, speculative, self-conscious and analytical, and historically textured… A beautiful work!” —Stephen Hong Sohn, Asian American Literature Fans

“Poet and essayist Rekdal (Animal Eye) sets out to explore the slipperiness of identity—and examine the very nature of self and perception—in this ambitious … synthesis of biography, memoir, poetry, and photography, which threads together her own life with that of Native American photographer Edward Curtis and his interpreter, Alexander Upshaw. The narrative hangs loosely on Rekdal’s relationship with her Chinese mother, who has cancer, and her Norwegian father, a history teacher who says the Sioux “were hardly victims” and believes that history has “multiple narratives.” Interspersed throughout are short chapters (some only a single sentence), poems inspired by photos taken by Curtis, epigraphs, and mini-biographies of Curtis and Upshaw, each in different fonts. All of these sections seemingly act as metaphors for and reflections of Rekdal herself, who is deemed “Other” by the manager at her first job—and, when employed by the University of Wyoming, has a directory photo that makes her look “like a Hawaiian Air stewardess.” Rekdal’s prose is fluid and rhythmic, and the poems are often poignant. In the end … the book is as complicated … as identity itself.” —Publishers Weekly

“Rekdal … cleverly dissects what it means to be biracial in America and overseas in this artful collection…. The narrative structure is inventive and draws from her sharply honed skills as a poet…. Rekdal has a lot to say.”—Booklist

“Dazzling. Just as a kaleidoscope refracts and changes the object viewed, Rekdal’s subjects and protagonists are often unable to tell themselves from the stories they’ve been told.”—Publishers Weekly 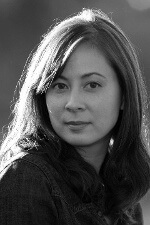 Paisley Rekdal is the author of a book of essays, The Night My Mother Met Bruce Lee (Pantheon, 2000; Vintage, 2002), and three books of poetry. Her work has received a Village Voice Writers on the Verge Award, a Fulbright Fellowship, and the Amy Lowell Poetry Traveling Fellowship. Her poems and essays have been featured in The New York Times Magazine, NPR, andNerve, and in many literary journals. Her book Animal Eye is currently a finalist for the Kingsley Tufts award in poetry. She teaches at the University of Utah in Salt Lake City.