“These daring poems — by turns ferocious, opulent, combustible, delicate …They testify to brutalities visited upon body and spirit, trace the jagged shapes of past terrain, and… investigate the complicated sensuality of contemporary Egypt.”
—Lia Purpura

The Gathering Eye is reviewed in the Water-Stone Review. Read an excerpt.

The Hayden’s Ferry Review gave a very favorable critique of The Gathering Eye. You can find an excerpt here.

The world gathered and filtered by a single incisive lens — poet Tina Barr.  The Gathering Eye looks at the psychic wounds of childhood and looks also at the emotional status of women in the Middle East and in China. Dramatic similarities rise up in these poems which explore sensuality and violence, and reflect on women as subjects. Women in fairy tales, as Cretan bull dancers, concubines, carpet weavers or crack victims are all revealed anew. A romantic vision of the Orient stands in contrast to the reality of poverty. The fusion of sexuality and mayhem.

“These are eloquent narrative poems of great power, passion, and beauty. …A long time coming, this book is a treasure. Bravo!”
—Clarence Major

“These daring poems — by turns ferocious, opulent, combustible, delicate — undertake many projects. They testify to brutalities visited upon body and spirit, trace the jagged shapes of past terrain, and, in the book’s lush middle section, ‘Red Land, Black Land,’ investigate the complicated sensuality of contemporary Egypt.

Daughter, sister, lover, foreigner — however refracted, Tina Barr’s vision is steadfast: actual things make the world, and she honors their profusion at every turn. Infused with both spririt and intention, these poems embody their deepest belief: ‘all that is outside can also be woven in.’”
—Lia Purpura 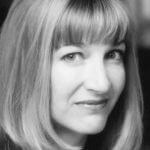 The landscape of Tina Barr’s childhood on the north shore of Long Island, with its harbors, beaches, and suburban sixties plenty, colors the background of some of her poems. It was there she negotiated the death of her younger brother, her father’s emotional instability, her mother’s depression. She explored alternative modes of being, through her sexuality and through experiences outside the cage of social expectations.

Poetry is the vehicle Barr used to order and confront repressed knowledge. Travel in the world mirrored her inward road. Time spent in Egypt, along with an ongoing interest in ancient history, religion, art and myth is reflected in her work.

Tina Barr received her BA from Sarah Lawrence College, her MFA from Columbia University’s School of the Arts in New York in 1982, and her MA (1987) and PhD (1995) degrees in English from Temple University in Philadelphia. Tina Barr’s third book, Green Target, won the Barrow Street Press Book Prize (2018) and her second, Kaleidoscope, was published by Iris Press in 2015.

Saffron, pepper, cardamom are piled
in open cloth sacks beside dry hibiscus.
A man in a turban with a sickle-shaped
knife cuts a coconut. Yasir
is being shaved with a straight
razor as he sits in his wool stall.
His scales, with their graduated weights,
glint on the counter; a framed verse
from the Koran hangs above him.
I do not shake his hand; before
prayers he would have to wash again.
At Fishawi’s, the waiter carries coals
in a long-handled pan. After placing
them on waterpipes with tongs
he feeds them apple-flavored tobacco.
Bubbles gurgle when the men inhale
in sips, lounging on wooden couches.
I bruise mint leaves under my spoon;
others drink anise tea, a yellowy green,
or red karkade made from hibiscus.
Later Yasir will offer fruit cups,
layers of melon, apricot, and banana
leaking juice among the custards.
A little girl chases me on my walk
from Fishawi. She prods me with Kleenex
packets. A tiny piece of silver hangs
on a string through her ear. A beggar
with no legs walks on his hands.

Their skins are dark as black stones,
brick dark, and white, in unpainted plaster.
A girl’s pigtails fly out. I stand below a man’s
head, the skin loose beneath his chin.
A young woman looks up as if searching the sky
for weather; her bones draw her cheeks into oblongs.
Are their skulls inside the clay, I wonder?
Another is a cast of the face itself, after.
The tissue gone soft, hairs from the brow
in the plaster. Beside the temple,
where I put up a hand to smooth mine back,
tiny hairs, curled into rings, stick.
He builds the face outward, charting with corks,
projects thickness of flesh, guesses skin tone,
chapped lips, freckles, a turned-down mouth.
One was found in a trunk, another shot
when she went for the john’s wallet.
The little girl’s mother and stepfather
beat her. One grandmother recognized her,
seeing this head, painted, cast in plaster.
Stopping my friend in the hall at the trial,
she said, “I knew it was Tanika
when I saw what you made on tv.”

In a crack house, he tells me, they found six
bodies all rotted through the same
mattress. The place stank, but people
still lined up outside. One woman was so
beaten, a piece of her scalp lay in her armpit.
He brings them back from tissue gone rotten
as squash, an arm, a leg, a piece of flesh
sectioned like chicken in the supermarket.
The woman whose boyfriend killed her.
An extortioner, whose body some city bridge workers
found in a trunk and heaved over,
looking for cash beneath her.

My father looked like a painting of christ;
slack-jawed, long-toothed, his face bones
pressed through the sucked-back flesh.
The place where the skull was missing
had a piece of skin sewn back over.
Coils, a clot of fishing worms, showed through.
I heard what they call the death rattle
in his chest. When he stopped,
his hands were cold but his chest
was still warm when I put my hand
on his heart and called my sister.