“[His] poems prove as precise as they are whimsical. Parker moves gracefully between wit and intimacy as he traverses history, masculinity, domesticity, and the restlessness of the human spirit.… The Ladder illuminates the rapture of daily experience with unceasing intelligence.”
—Tina Chang

“Some literary voices hit a tone that can be identified by only a few words, like playing “Name That Tune” with just a few lines, and Alan Michael Parker projects one of those voices. From his distinctive gang of Vandals to sundry romances to verbal calculations, the poet manages a smart and frank philosophical voice throughout eight collections of poems. The Ladder, named the best book of 2016 inNorth Carolina with the NC Poetry Society’s notable Brock-Campbell Award, sounds as true to Parker as ever from the first note.” — Leah Miranda Hughes, Pleiades

“Parker’s entire book of poems, The Ladder, speaks to every nuance of trust and mystery that I feel as I grow closer to listening to myself and the intimate conversations of the world around me—the low whispers and deep groans, ambition dismissed and the roundness and wholeness of everything aware of its own shape.” — Kimberly Ann Priest, NewPages

“Parker’s collection brings to light this constant discovery of romance in everyday life. He wants us to stop and pause and look at that Chagall or Matisse, to imagine our lovers in our hotel rooms, and to take the bold move of approaching that attractive stranger.” — Dorothy Chan, Shining Rock

“Alan Michael Parker has hit his most brilliant stride with this new collection, The Ladder, which includes these lines from the title poem: ‘But Master, the ladder. / I hitched up the ladder to every height, / and still the moon rolls away. / Above the clouds / the airplanes are small and cold, / and the ladder sways. / Teach me to climb / down from ambition.’” — Dannye Romine Powell, Charlotte Observer

“Poetry, for Parker, doesn’t work as a means to chase the moon, but rather as a technique to climb down into the world, with all of its flaws and losses, its disappointments and imperfections. Parker’s poems tell small stories – of hotel rooms and breakfasts and daughters and postcards – and it’s in this specificity that he reaches toward the universal. Perhaps the only way to speak of the sky, these poems suggest, is to stand firmly on the earth.” — Vivian Wagner, diode

Whether about the moon or hotel sex, politics or poppy seeds, Alan Michael Parker’s poems are always tender and eccentric and nuanced. In his eighth collection, with metaphysical fortitude the poet continues to deliberate—in all sorts of poems, some unpunctuated, some in prose, and some the first-person lyrics well loved by his longtime readers—upon what our daily lives mean. And how do we sing and praise and grieve all at once?

“What sly elucidation we find here, and what unexpected philosophy.… Parker turns over the credos by which we live the way a child turns a toy over in her hands, assuming nothing, open to sense and serendipity.… I praise Parker’s lightness of hand, a tonal subtlety born of the confident master;… we find lines which don’t feel like music was added to them so much as they feel like all distractions and infelicities were combed away, revealed the natural music the ear thrills to.” —Beth Ann Fennelly

“[Parker’s] poems prove as precise as they are whimsical. Parker moves gracefully between wit and intimacy as he traverses history, masculinity, domesticity, and the restlessness of the human spirit.… The Ladder illuminates the rapture of daily experience with unceasing intelligence.” —Tina Chang 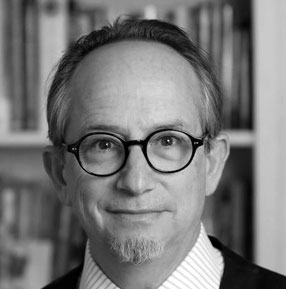 Alan Michael Parker has written three novels and eight collections of poems, including Long Division and The Ladder (Tupelo Press, 2012 and 2016). He served as Editor of The Imaginary Poets, and co-editor of two other volumes of scholarship. His poems have appeared in The American Poetry Review, The Gettysburg Review, Kenyon Review, The New Republic, The New Yorker, Paris Review, Pleiades, and The Yale Review, among other magazines, and twice in The Best American Poetry annual; his prose has appeared in journals including The Believer, The New York Times Book Review, and The New Yorker. Alan Michael Parker has received numerous awards and fellowships, including three Pushcart Prizes, the Fineline Prize from the Mid-American Review, the 2013 and the 2014 Randall Jarrell Award, the Lucille Medwick Memorial Award from the Poetry Society of America, and the 2012 North Carolina Book Award for Long Division; his 2011 novel, Whale Man, was shortlisted for the 2011 ForeWord Reviews’s “Book of the Year Award” in the category of Literary Fiction. His essay, “Beach House as Nostalgia Museum,” was named a Notable Essay by the editors of the 2013 Best American Essays. He has recently been called “a general beacon of brilliance” by Time Out, New York. Alan Michael Parker lives in Davidson, NC with his wife, the artist Felicia van Bork.

“Fables fascinate me: I love the ways in which the genre accommodates the peculiarities of my imaginative process. I so distrust reality that fables seem to me more real, in a way, than realism. They include how we picture the world, yes? And how we’d like our inner lives to be made manifest? (Not that you have to worry about me, in terms of reality, but I’m not its greatest champion.) Anyway, I’m always trying to let wild-er-ness into my writing; fables have helped me do so for years.” —Karl Zuehlke of The American Literary Review interviews Alan Michael Parker

An interview with Alan Michael Parker by Colin Winnette at Word Riot:

I expect a collection of poems to teach me how to read, just as I do a novel or a collection of short stories; perception seems always at risk, in good art, and I’m interested in the ways that sentences organize perception as opposed to lines. In that sense, then, I think that my expectations of the two genres differ.

Oh, to be the happy dog
trotting back.

The dog’s named Please
as she waits,

Thank You as she goes.
The sky helps, too.

to bring to you the moon
dripping in my jaws.

“When I Am a Hummingbird” as featured in Poem-a-Day with The Academy of American Poets on February 12, 2019.