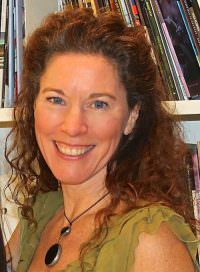 Tupelo Press is especially delighted to announce that Editor-in-Chief Jeffrey Levine and Poetry Editor Cassandra Cleghorn have selected Feed by Suzanne Parker of New York, New York as winner of the 2016 Sunken Garden Chapbook Poetry Award. As you may know, C.D. Wright was slated to judge this competition. We honor her memory with our choice of the fierce and lyrical work of Suzanne Parker.

Suzanne Parker is a winner of the Kinereth Gensler Book Award, and her poetry collection Viralwas published by Alice James Books in 2013. Viral was nominated for a Lambda Literary Award and was on the National Library Association’s Over the Rainbow List of recommended books for 2014. Her poetry has appeared in Barrow Street, Diode, Cimarron Review, Hunger Mountain, and others. She is a winner of the Alice M. Sellars Award from the Academy of American Poets and was a Poetry Fellow at the Prague Summer Seminars. She is a poetry editor at MEAD: A Magazine of Literature and Libations.

Finally, we want to single out for special recognition Daniel Blokh, a 14-year-old poet living in Birmingham, Alabama, who gives us lines like these, from “Map,” a poem in his enormously promising submission, From Fume to Gold:

Light lined our eyes.
We spoke of it, the false light that you
ate by handfuls, the acquired taste you never really loved.

We cried because the moon was hurting.

Congratulations to Suzanne Parker and as well to our superb cast of runners’-up and finalists. A special and sincere thanks to all who sent us your manuscripts and who, by your writing, join in the tireless, solitary, and so-important work of making poetry. So many more manuscripts than we can mention here gave us (literally) countless hours of reading pleasure. Finally, we hope to have results of the 2016 Dorset Prize and the 2016 Snowbound Chapbook Award for you later this month.