The selection of a poem for a broadside carries a special charge: that the poem be one that warrants repeated readings, and that lends itself to visual design. The materiality of letterpress work, its embodied and tactile nature, can heighten one’s experience of the poetic image, typography, white space, and the lovely arc of narrative. Broadsides also focus the eye quite insistently, prompting us to attend to a writer’s most subtle gestures with respect to lineation, scale, and the use of the page as a visual field. With the right poem, a broadside can become a doorway into a truly memorable textual landscape. All three of these poems instantly suggest themselves as a designer’s dream.

With that in mind, the editors of Tupelo Press are pleased to announce that we have chosen Laura Lauth’s “Because It Is Our Custom Not to Eat Our Dead,” Anne Marie Rooney’s “Brink,” and Susan Tichy’s “To Speak of One Is to Speak of the Other” as the winners of the First Annual Tupelo Broadside Prize. Please join us in congratulating Laura Lauth, Anne Marie Rooney, and Susan Tichy. These three outstanding poems were chosen from over three hundred and fifty entries. 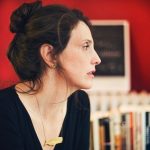 Laura Lauth teaches creative writing at the University of Maryland’s Jiménez-Porter Writers’ House, where she served as founding director from 2002-2005. She was recipient of the spring 2014 Orlando Prize in Poetry, and her poems have recently appeared in Bellevue Literary Review, The Los Angeles Review, and Painted Bride Quarterly, among others. She lives outside Washington, DC with her husband and two sons. 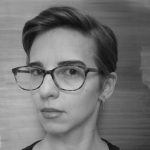 Anne Marie Rooney is the author of Spitshine (Carnegie Mellon University Press, 2012) and No Beautiful (Carnegie Mellon University Press, forthcoming 2018), as well as chapbooks from Birds of Lace and The Cupboard. Her poetry has been twice featured in the Best American Poetry anthology, and has been the recipient of the Iowa Review Award, the Gulf Coast Poetry Prize, and others. Born and raised in New York City, she currently lives in Baltimore, where she is studying Expressive Arts Therapy. 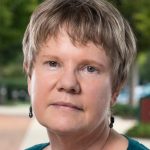 Susan Tichy‘s most recent books are Gallowglass (2010), Trafficke (2015), and The Avalanche Path in Summer (f/c 2018), all from Ahsahta Press. Currently writing poems on mountains, coastlines, and island edges, she teaches in the MFA and BFA programs at George Mason University, and when not teaching lives in a ghost town in the southern Rocky Mountains.