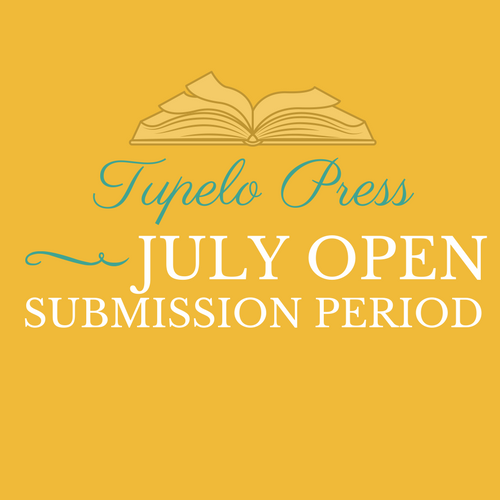 The editors of Tupelo Press are delighted to announce their decisions for the 2018 July Open Submission Period.

We congratulate the following poets, whose books will be published and distributed by Tupelo Press:

Corey Van Landingham, for Love Letter to Who Owns the Heavens

Citation for Music for Exile

In Music for Exile, Nehassaiu deGannes takes as her central question the relationship between language and the body.   “I was reading again. . . . .still reading / and writing Trying to get at / family connections: uprootings / displacement,” she tells us in the opening piece. As the work unfolds, deGannes reveals – in writing as evocative as it is performative – the violence, injustice, and suffering that are embedded within the very foundations of grammar itself.  “It’s been a long time Girl,” she writes,
“A long time but it seems we’re all traveling / the circumference of a creole skirt
/ Her spinning scatters us so.” Like Helene Cixous, Luce Irigaray, and Julia Kristeva, who attempted to write against, in spite of, and beyond a grammar that was hostile to them, deGannes invokes the rhythms of the physical body – that “dance,” that “breath echoing at the source of our hand” – until at last “we are singing.” “Come. Look,” deGannes beckons us, “Clem’s open mouth is a bell. This house is a church.” As incisive as they are lush and lyrical, these poems will open your eyes, and make you believe in the power of language to do necessary political, spiritual, and philosophical work.

Citation for Love Letter to Who Owns the Heavens

Corey Van Landingham’s Love Letter to Who Owns the Heavens brings lush language to bear on pressing questions about technology; the changing nature of communication, love, and friendship; and the social constructedness of the self.  “If there is a future and I exist in it, if I built a dwelling with my own devices,
moved there alone, what then of the body?” she asks. Van Landingham’s writing is marked by a uniquely baroque sensibility, and perhaps because of that, she has a gift for finding beauty in the most quotidian interactions. As lyrical as they are incisive, her meditations on technology, politics, and other topical issues are quite singular in contemporary poetry.  She writes in “Bad Intelligence,” “We named a drone Hermes,/after Herma, Greek for: prop, heap of stones, boundary/marker.” Unlike so many other writers who are considering our current cultural moment, Van Landingham’s work speaks to our desire for hope, beauty, and redemption.  What’s more, her hopefulness is deeply rooted in history, antiquity, and a classical heritage.  “We met among ruins,” she reminds us.  This is a stunning book, and Van Landingham’s poems are as timely as they are timeless. 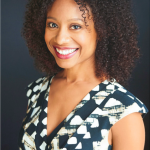 Poet and Actor Nehassaiu deGannes is the author of two chapbooks: Undressing The River, winner of The Center For Book Arts National Chapbook Award; and Percussion, Salt & Honey, recipient of The Philbrick Prize for New England Poets. Her poems have also appeared Callaloo, PoemMemoirStory, Crab Orchard Review, Caribbean Writer, and American Poetry Review among other publications. A former member of The Dark Room Collective, Nehassaiu holds an MFA in Literary Arts from Brown University and trained at Trinity Rep Conservatory. She is a Cave Canem Fellow, an Alum of the Community of Writers at Squaw Valley and has enjoyed residencies at Vermont Studio Center and Soul Mountain. She resides in Brooklyn and is currently appearing as “Cynthia” in Cleveland Play House’s Fall 2018 production of Lynn Nottage’s Pulitzer Prize winning play, Sweat. 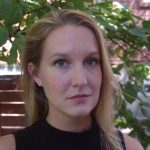 Corey Van Landingham is the author of Antidote, winner of the Ohio State University Press/The Journal Award in Poetry. A recipient of a National Endowment for the Arts Fellowship and a Wallace Stegner Fellowship from Stanford University, her poems have appeared in Best American Poetry, Kenyon Review, The New Yorker, and The Southern Review, among many other places. She lives in Cheviot, Ohio, and is a Book Review Editor for Kenyon Review.

Diana Adams, Nose To Mirror
Elizabeth Astrid-Powell, When the Insemination Man Comes to the Farm
Jaydn DeWald, TO AN IMAGINED US
Nava EtShalom, The Knives We Need
Marlon Fick, The Tenderness and the Wood
Sarah Gridley, Insofar
Lisa Hiton, Afterfeast
Rochelle Hurt, Screen Tests for Girls
Kirsten Kaschock, Explain This Corpse
Haesong Kwon, The Kuomintang Had Been Duped
David Mutschlecner, Person
Elizabeth Robinson, Being Modernists Together
John de Stefano, The Roadless Travels
Jennifer Sweeney, Wildest
Sam Taylor, The Book of Fools: An Essay in Memoir and Verse
Jane Wong, How to Not Be Afraid of Everything

Finally, and no less important, we offer our deep gratitude to all who submitted manuscripts to the Tupelo Press July Open, and who, by your writing, join in the tireless, solitary, and so-important work of making poetry.

Please bear in mind that the Tupelo Press Dorset Prize is accepting manuscripts for both full- and chapbook-length books of poetry, now through December 31st.