A gorgeous, limited edition broadside of Maggie Smith’s “Good Bones,” from the book of the same title. Available unsigned or signed.

Designer Josef Beery: “These broadsides are printed one at a time from hand-set metal type (not the plastic plates used for most letterpress these days) and that my press is a small cottage industry in the mountains of Virginia. The paper is Rives, which is a French mould-made artist’s printmaking paper made of 100% cotton. I tear the paper down from large sheets and then print them on a handpress one at a time, each broadside requiring two passes through the press. You can read more about the broadsides I produce at josefbeery.com ” 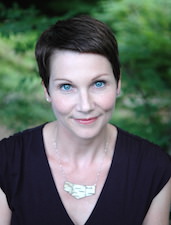 Maggie Smith’s previous books are The Well Speaks of Its Own Poison (Tupelo 2015), Lamp of the Body (Red Hen 2005), and three prizewinning chapbooks. Smith is the recipient of fellowships from the National Endowment for the Arts, the Ohio Arts Council, and the Sustainable Arts Foundation, among others.

Her poem “Good Bones” has gone viral—tweeted and translated across the world, featured on the TV drama Madam Secretary, and called the “Official Poem of 2016” by Public Radio International, earning news coverage in the Washington Post, Slate, the Guardian, and beyond. Maggie Smith was named the 2016 Ohio Poet of the Year.