“The title of Lee Upton’s new book tells you everything you need to know about what is to come without giving anything away. If the title feels irresistible, that’s at least in part because it is in itself a micropoem that gets swiftly and surely to the heart of who a writer is. In this book, at once fast-moving and deep-dwelling, Upton constantly circles and vivisects each of the abstractions in her title. More than anything, she explores the notion of ambition, trying to understand its negative implications and to celebrate what she sees as an ultimately creative, engendering force.” — Jasmine V. Bailey, 32 Poems blog

“Lee Upton has written a very clever book on the pitfalls, traps, delights, and temptations of writing. Technically a book of essays,Swallowing the Sea is more a compendium of musings — simultaneously arch, intimate, and confessional.”  — Mary Fitzpatrick, Fifth & Flower, the blog of the Library Foundation of Los Angeles

“Lee Upton’s elegant volume Swallowing the Sea is a welcome addition to the admittedly crowded field of writing guides. Through a process of associative memory, Upton explores the writer’s drive to succeed and the anxieties that are produced along the way. The book bears more in common with Anne Lamott’s now classic Bird by Bird (1994) than a traditional writing guide, and as such, may be especially helpful for the new writer who feels alone and lost in the creative field. At its best moments, Upton’s book describes the process of writing with a graceful inertia that builds with each reference to other writers’ similar struggles with mastering the craft.” — Anna Saikin, Pleiades

“The discussion of purity in Swallowing the Sea attempts to trace some of the difficulties of allowing purity to be one’s guide in writing. At the same time, I tried to give purity its due as an alluring imaginative construct that’s not easily dismissed. Purity as a conception of the human imagination for some of us determines at least in part the way we revise our work—toward greater compression, toward elimination of anything that interrupts the culminating tensions in the poem, toward an ideal.”— Grant Clauser interviews Lee Upton

“For anyone in love with writing, Swallowing the Sea is an homage to the delicate, painful, and (for some) necessary impulse to write. Upton explores the process of writing, the hurdles and frustrations along the way, and the fervor of being an avid reader, while employing personal anecdotes, literary criticisms, and poetical metaphors to make sense of writing’s place in our culture.”—Courtney McDermott, NewPages

“This is not a how-to manual, and it would be a mistake if only other writers or would-be writers were to readSwallowing the Sea. Readers will find themselves becoming more self-aware as readers, not to mention receiving many reading suggestions. Upton ponders emotions and experiences common to all humans—such as those named in the book’s subtitle. Her poetic gift shows in her often sparse prose, which at times can stop readers in their tracks.” —The Christian Century

This is an inspiring book about writing and—more unusually—a book that honors ambition, that idiosyncratic drive that compels writers and other artists to action despite every kind of obstacle. Upton explores forces that threaten our ability to fulfill the most daring aspirations, and she examines ambition’s adjuncts, including failure, boredom, and purity, offering a provocative antidote:obsession. Ultimately Upton argues for a new perception of literary art as “a good secret” for our time, when our interior lives and our imaginations are under threat.

“Lee Upton has written a refreshingly honest, compact, ambitious, nuanced, anecdotal, and capacious book about writing. It will make you flinch with recognition. It may also steel your resolve and steady your hand. I find it exhilarating and even wise.” — Edward Hirsch

“Books on writing are seldom as entertaining as the one that Lee Upton has put together for us. Watching her muse about each of her chosen topics — ambition, boredom, purity, and secrecy — alerts us to the pleasures and mysteries of writing and reading. She’s sly, eclectic, and never at a loss for bulls-eye examples. Our memories and moods are roused and revisited. We’re reminded of writings we’ve enjoyed and alerted to ones we may not have encountered yet. There’s not a shred of pomposity or self-importance in this wonderful rumination on a writer’s life, world, and surprised delight.”— David Young

“Lee Upton announces at the beginning of her marvelous new book, “This is a book about ambition.” This is true, and it’s also an ambitious book, but an ambitious book that wears its ambitions, and brilliance, lightly, endearingly. I can’t think of another book like it—at turns erudite, conversational, anecdotal, self-deprecating, commanding, personal and polemical. This is a book about why literature matters, but more than that it’s example of why literature matters. The best, most remarkable book from one of our best, most remarkable writers.”— Brock Clarke

“Lee Upton advocates ‘writing across genres.’ Why shouldn’t the poet write novels or stories or history or essays? As if to prove the point, here comes Swallowing the Sea, this talented poet’s take on ambition, boredom, failure, and secrecy, the four points on any writer’s compass. Full of insight, a virtual chrestomathy of apt quotations, this book sails across a Sargasso Sea of modern culture, docking at this port and that, pausing to comment on such landmarks as The Wizard of Oz, the poetry of Dickinson and Plath, the novels of Alberto Moravia and Ivy Compton-Burnett, and the sight of Elizabeth Taylor emerging from her bathtub. It’s a grand voyage.” — David Lehman

“[W]hile she writes in the lyric tradition of Ophelia’s songs, her work is delicacy grounded in strength… For Upton ‘curiosity is the mark // of our relentless experiment,’ and she uses language to test the reality of art.”— Virginia Quarterly Review 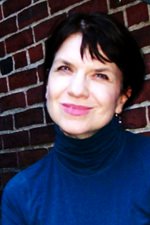 Lee Upton is the author of twelve books, including five collections of poetry, a novella, and four books of literary criticism. Her short stories have also appeared widely. Her awards include a Pushcart Prize, the National Poetry Series Award, two awards from the Poetry Society of America, and the Miami University Novella Award. She is Writer-in-Residence and a professor of English at Lafayette College.

“Some ambition, depending on its aim, can be a symptom of malignant egotism—the preoccupation of a writer who would try to succeed at any cost. And yet a lack of ambition can signal timidity—writing small, without courage or discipline. The aim of ambition is what matters. We have to decide how to fill the concept and what form our relationship to ambition may take. And that’s the problem: the act of writing is so dependent on unknowable factors, the momentum forward so unpredictable that one’s aims may be continually modified. I don’t mean to exaggerate. It’s not as if we start out intending to compose a recipe featuring chick peas and wind up creating a new sort of graphic novel—but the instability of the act, its volatility, and the uncertain likelihood of success, can make predicting the final form an unsettling and sometimes nearly futile venture.”